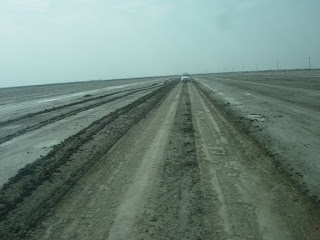 Finding a Lost Culture and Tradition (FALCAT) camp series is meant as a platform to initiate journeys to the places, which are comparatively closer to our own locations that we often overlook or fail to make a visit. However these visits, as it happens within the context of artistic experience and expression, presuppose an outcome, precisely an aesthetic outcome.

Travel necessitates a temporary dislocation from the familiar habitats, change in routine, fixed food habits, personal discipline and above all a series of encounters with the non-prescribed happenings. While routine turns the exceptional into the familiar and quotidian, travel acts as a reverse mechanism that turns the familiar into exceptional and therefore intensely experiential.

There are many people in our society who are bitten by the travel bug. Artists endowed with an internal creative turbulence often take up travel as a medium to intensify their creative urges. FALCAT intents to bring this creative turbulence into the collective consciousness of a set of artists and expects them to respond to the experiences through their respective mediums.

Globalization and unprecedented leap in the distribution of world economy, easy modes of conveyance and information technology have helped people all over the world to cross geographical boundaries more than it had been ever before. However the fact is that the resultant conflicts and advantages of globalization have brought in a situation where people are forced to stay back in their own familiar locations. At times the forced inertia of people comes as a part of socio-economic and political captivity and at other times it comes as a part of the provision of comfortable and easy ways of life.

FALCAT, in more than one ways, disputes and refutes the notion of turning the familiar into exotic through a deliberate deduction of romanticism involved in such packagings. Here the artists are invited to travel with no romantic notion in mind and are let to experience whatever they deem worth experiencing in the familiar.

Extensive travels that I had undertaken within India during the last few years have undoubtedly proved it to me that there are places of familiarity left un-familiarized or de-familiarized in our country thanks to, ironically, over-information. Even the closest neighborhoods are clinically analyzed and presented before us as capsules of information so that even without making any physical venture to the places we become ‘aware’ of such places. In a way, this sort of ‘knowing’ a place satisfies our ‘urge to power’ and innate human tendency to control by ‘knowing’. What is erased from this system of understanding is experience.

FALCAT re-incorporates ‘experience’ back into the system our understanding about places, which are both familiar/unfamiliar and exotic.

Travel anticipates a travelogue or the registration of an individual or collective experience of the travel. Though many travelers do not have any intention to register their experiences beyond a diary entry or a few random photographs, artists cherish the idea of registration not only through verbal narratives but also through their respective mediums. In this sense, FALCAT in itself is an anticipated travelogue with multiple characteristics that would dispute the other writer-centric travelogues.

PS: Ever since we posted a few photographs of our reccee trip in Kutch, Gujarat in a social networking site, we found several artists posting pictures from their own trips in the same region. These pictures, though they indirectly claim a sort of ‘you are not the only one’ or ‘we too have/had’ attitude, provide us with a pleasant surprise; they all want to be registered in the new pattern of a creative travelogue. FALCAT series could trigger this idea and we would be happy to see more and more artists coming up with their pictures, works of art and personal/collective narratives not only in networking sites but also in publications. This will be a new movement in the Indian contemporary art scene, which in itself has a colonial hangover of holding the cross-border travels more laudable than encountering the familiar.
Posted by JohnyML at 1:13 PM