When an Art Writer Commits Hara-kiri: Some Thoughts on Seppuku


New words for the titles of novels or exhibitions tinge the tips of our receptive antennas; they cry for attention and we fall for them. That’s why when a recently concluded Indian Biennale had a title like ‘Whorled’ I had this unsurpassable urge to see it as ‘whored’. Not only beauty but also meaning lies in the eyes of the beholder, they say. If so, the vulgar meaning that I derived must have been there in my eyes. Only thing that made me look a bit decent in my own eyes was the crony capitalistic moorings that the biennale had presented in the name of global aesthetics, somehow justified the general whorification of visual culture for the sake of pomp and the so called political art. Being quite suspicious about the name games (both naming games and name dropping games), I, the politician amongst the art critics (but am I the only one? In varying degrees of perceptive clarity there have been Mr. Suneet Chopra coming from an absolute red background and for god’s own sake, a saffron clad but less verbose Mr. Raghu Vyas from a similar cadre based political system), therefore had a perennial doubt on the title of a novel ‘Seppuku’, written by none other than one of the leading art critics in the North, Vinod Bhardwaj.

When it came in Hindi, I was offered a copy by the author himself. I was happy because fiction out of the real is always realistic than it is otherwise. Examples have been around in Sanjay Kumar’s  Artist, Undone and Amrita Chowdhury’s Faking it etc. Complete with Chintan Upadhyaya’s smart alec baby on the cover, the dominant background of red had given me all the reasons to suspect it as a political thriller with sufficient amount of art thrown into it. Being a non-Hindi reader it was only my concern for a fellow art critic who coaxed me into reading the novel in Hindi original, which I successfully failed in completing. Since then I was waiting for its translation to hit the market. Translated into English by Brij Sharma, Seppuku, eventually as I could read from cover to cover in one go, once again disappointed me. If it was my inability to read the original in Hindi that had induced me with a sense of shame, this time it was my ability to comprehend literary excellence as well as the lack of it embedded in a literary work of art was the culprit. Seppukku is first in a trilogy that the author has planned on the under (and over too) currents of Indian contemporary art. As the pilot issue looks like a condensed and episodic gossip said in a first person narrative of the protagonist, Baldev, I am not so confident about the second and third editions; however, as I know that Vinod Bhardwaj has been an art insider for the last three or four decades in Delhi’s art circle, there could be enough materials for the second and third issues of the trilogy, but then it all depends on how the raw material is processed, filtered and presented aesthetically. 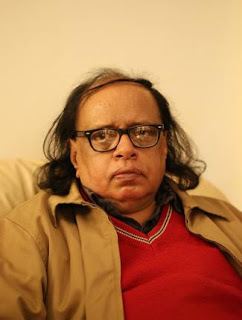 You don’t call water, H2O, unless you are a scientist. Even scientists do not ask for a glass of H2O, when they are thirsty. Seppuku is H2O, when it comes as the title of this novel. Seppuku is a Japanese word and it means Hara-Kiri, suicide by splitting open the stomach. Japanese Samurais used to practice this sort of self annihilation at the face of shame and loss of dignity. In our context, the novelist intends to use Seppuku as art hara-kiri or artists doing hara-kiri (aesthetical) or the art scene in general doing hara-kiri without realising the foolishness of it. But, throughout the narrative, you do not see any sense of hara-kiri either being discussed by the characters or imparted by the novelist himself. Perhaps, he could have called it a Golden Goose or some sleazy Japanese word for that. Seppuku is a misnomer therefore it is unfortunate.

Now the story; Baldev is a failed painter who turns himself into an art authenticator. Pratap Narayan Rastogi is his friend, contemporary and a super successful artist. When the story begins Pratap Narayan is in a comatose state. There is a flurry of activities in the market to turn this calamity into another opportunity to make gold. Everyone in the art scene seems to be making money; some have even tried pushing ‘fake’ Pratap Narayan works in the market. In the due course of the narrative we come to everything we already know. We start identifying the fictional characters in the living or dead art personalities. Pratap Narayan is successful because he is good with high society women. Period. He does cunnilingus (sucking clitoris) well. That means he has scaled the heights by his tongue rather than by his brush. He is impressive because he has got a great body too. In the novel gallery women travel around in limousines (in Delhi?). There are efforts to mix facts and fiction when he brings Souza, Husain and Dhoomimal gallery into the narrative. Finally Pratap Narayan dies. Baldev, the narrator to his horror finds that one of the works that he has authenticated is a fake as the original is there in Pratap Narayan’s studio which has been lying locked for a while. Baldev goes in search of the woman who has got the fake. But the chowkidar tells him that the house has been lying vacant for a long time. Baldev loses his sense of reality. He questions his very existence. In a Kafkesque or Camus-esque note the novel ends. 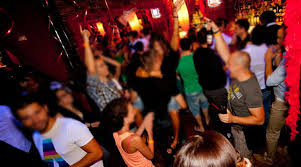 Now I, as a reader, am confused as characters with suck-able vaginas and fill-able purses populate the landscape of the novel and the mighty Pratap Narayan does his tongue twisters well on them only to enter into coma followed by the tongue cleaner, death. These characters do not evolve as rounded characters; they remain types. They are forced into the novel to perform some scandalous acts and depart. And the references to the sexual deviancies and related acts (or let us say sexual acts in general- I do not want to sound to be a missionary or a saint who does it for mission’s sake) seem to have come out of the perverse thinking of the writer himself. It is not that the narrations of sexual acts make a writer a pervert. There are hundred and one examples in literature where sexual acts are described in such a way that each of them looks like unparalleled exercises of human mind and libido- Shakespeare, D.H.Lawrence, Alberto Moravia, Jean Genet, Georges Bataille and so on come to my mind. Here, Mr.Bhardwaj takes a lot of pleasure in narrating the sexual acts exactly the way the deprived gossip mongers in any high societies do. Bhardwaj fails completely in elevating the story into a grand fiction.

We live in a world where fictional versions of artists’ lives make gripping stories not only in literature but also in celluloid. We live in a world where writers like Sarah Thronton, Katherin Kuh, Sudhir Venkatesh, Paul Helguvera and so on write stories from art world’s underbelly with a lot of research and literary flourish. In Seppuku, we see identifiable characters and perhaps to the immature people it may give some kind of thrill of recognition. But literature operates in a larger ether where localized narratives stand only when the context and characters evolve as universal characters demanding empathy from the readers. Bhardwaj fails in it and he fails in it absolutely, despite the endorsement of Subodh Gupta, Chintan Upadhyay and Uday Prakash. Vinod Bhardwaj is an insider and a silent observer of Indian contemporary art. I know my criticism would hurt him. But being a writer myself I cannot help saying the truth. My criticism on his literature may help him doing the second and third issues of the trilogy in a better fashion. After all, our art scene does deserve a better fiction.
Posted by JohnyML at 3:59 PM