Autobiography of a Young Woman and How it Fails: Aishwarya Rajnikanth Dhanush 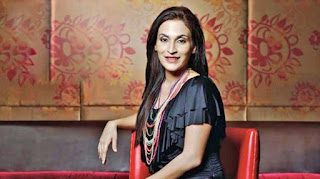 
Today when I was writing as Swami Aksharananda about the blackmailing mothers, without any premeditation I went into the habits of some women who are independent yet are emotional wrecks. People without any kind of emotional sparks are generally boring ones but if the emotional quotient of the people becomes excess it would affect the people around them. Finding a fine balance between emotional overdrive and rational calmness is very important for both men and women, and such people are rare. But if people are absolutely balanced and do things impeccably, those people also would become a bit boring after sometime. There are some people in the world who are overly blessed with all what is good in life and it is impossible for them to be emotional wrecks. They are not saints and they too have their ups and downs in their lives and reading about their lives is always interesting. 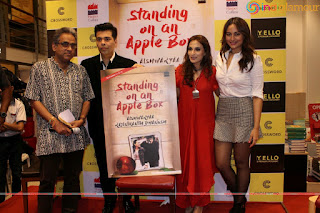 (at the book release)

That’s why I picked up the autobiography of Aishwarya Rajinikanth Dhanush, the film director, one of the Women’s Rights Advocates for the United Nations, an accomplished Bharatnatyam dancer and a playback singer. From her name the pedigree is more or less clear; she is the daughter of the superstar Rajinikanth and wife of one of the happening actor-singer-director, Dhanush who has also done a couple of Hindi movies with Sonam Kapoor and Amitabh Bacchan. In the beginning of 2012, everyone had seen this couple in the video that had gone viral, then making of ‘Why this Kolaveri D’. It was from the film ‘3’ (Moonnu), the directorial debut of Aishwarya. One could see a tight-lipped Aishwarya there with a hesitant and happy Shruti Haasan (daughter of Kamal Haasan) and the toughness of the lady was palpable within the recording studio where the jolly pair of Aniruddh Ravichander and Dhanush was making the song. Aniruddh went on to become a super music director and singer with his ‘Aalumma Dolumma’ song topping the chart for a long time in 2016 not only in India but also in most of countries where Tamil presence is there. 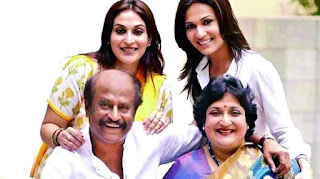 Aishwarya’s autobiography is titled ‘Standing on an Apple Box’; an apple box is a generic term used for the multipurpose boxes used in film sets and the author finds it an apt metaphor for her life in the world of film making. Born to the famous couple Rajinikanth and Lata Rajinikanth, Aishwarya and her younger sister Soundarya had a very protected childhood (in fact an over protected one as Lata was phobic about strangers) and for some time Aishwarya grew up in Bangalore with her maternal grandparents and she confesses that her liking for language and writing started from there as her grandfather used to make her read the Hindu Newspaper from first page to the last page. Being the daughter of the superstar Rajinikanth was a tough thing to handle, she knew as she was growing up. To keep his daughters away from the limelight, Rajinikanth had taken all safety measures and for a long time not a single picture of his girls were published in the film magazines. Aishwarya tells us an anecdote about her being suspected for having polio only because her father had supported an anti-polio campaign featuring in a government advertisement. (In our high school days we used to think that film stars never had kids and Rajinikanth was no exception. And when someone told us that he had two daughters, we thought he might have adopted them. Such was the secrecy around them). 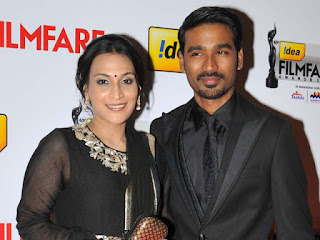 The narrative flair is so attractive that one could read it in one sitting thought I finished in four sittings in two days. A book of moderate size with 170 pages is structured in small chapters where Aishwarya speaks to the reader as a woman who has a total grip on her life. This book is fascinating mostly for a daughter’s view on Rajinikanth who is known for his Spartan ways and unpretentious public appearances. Also we get a glimpse of the life and work ethics of her husband Dhanush. Those people who are interested in child rearing, Aishwarya has a few tips to offer. She had taken a lot of pains to become a law graduate and also had undergone rigorous training to become a film maker. But the book, after reading leaves the reader a bit hollow; a sense of emptiness would pervade him because the subject of the book does not display any human folly. She is as perfect as a goddess. She has got the best parents, best grandparents, best friends, best sibling, best fans associations, best husband, best brother in law, best awards, best opportunities, best sisters in law and the best mother in law on the earth. 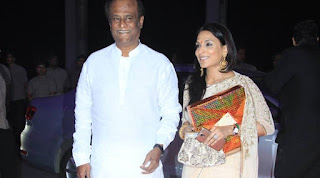 This is where a reader gets disappointed. Aishwarya, by her pedigree and perseverance has achieved a lot by the young age of thirty five. She has many more years to go and I am sure she is not going to commit any folly in her life as it is well planned to falter. Such lives, even if that of a successful woman is absolutely boring. I should not call Aishwarya a boring personality for I do not know her and the knowledge that comes to me is via this book. She speaks about how she went through the trauma induced by her father’s chronic illness (which is censored) during which he was taken to a hospital in Singapore. They spent three months there till the super star recovered completely from his illness only to come back and finish his blockbuster Kabaali. Still there is something missing in that life. What does that missing feeling constitute by? Is it the complete contentedness or is it the spiritual calmness that she apparently has inherited from her father or her perfect achievements? I looked for it but could not find. She extols the presence of great men in her life, her grandfather, father, father in law, brother in law and husband. She also talks about her soul mate, a school friend. She in her acceptance speech in the UN Women’s chapter speaks high of women and also says that sometime the atrocities against the women are perpetuated by women themselves. What we see in Aishwarya Rajnikanth Danush is a perfect symbol of patriarchy, the one who has lived never hurting the values set by the men. That makes her life, however successful it is a bit stereotypical and picture book type. May be a girl born and brought up in such a background can only live that life; even if she wants to rebel it is not possible at all.  I remember a line from Orhan Pamuks’a novel “A Strangeness in Mind”: “Food tastes good when there is a little bit of dirt in it.”
Posted by JohnyML at 1:21 PM