Conflict of Theory and Practice Faced by Young Critics and Curators 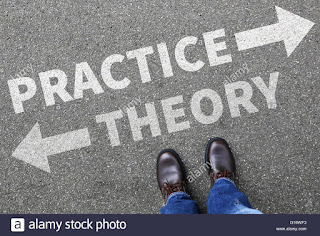 Baroda based young curator and art writer (why I say art writer because even if one has a degree in art history and criticism he/she becomes an art historian or critic only when practices the discipline serious for some years and gains considerable authority in the process) Bhasha Mewar asks me this pivotal question: “It is hard to assimilate theory, modernism, structuralism, postmodern or any critical works with actual praxis. I would love to be more than just a descriptive writer and curator and really work on things that feel meaningful, although I am still quite a formalist (loving Raza and Rothko). So should I stick to my aesthetic predispositions or should I scratch the surface more?

Bhasha Mewar is no ordinary art writer; besides holding an art history degree she has a clinical psychology background as well as expertise in French pedagogical streams. A question of the above mentioned sort coming from this young curator/art writer amuses me a lot because she should have by this found out an answer to her own doubts as she is better equipped to answer those questions than anybody else. However, as this question is put to me, let me make an attempt to see what have been the reasons for this young professional’s ethical and existential troubles. I understand her question in the following manner: Mewar finds a considerable amount of disparity between theory and practice. She just doesn’t want another writer who ‘describes’ works. But she loves formalism. Should she be making an effort to go beyond what her heart tells? 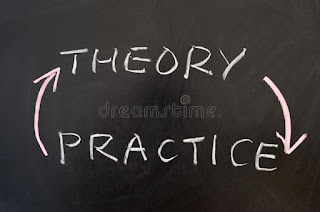 Hoping that this is what Mewar has meant by her question I would say this is a rupture/division/break that has been present in most of the young professionals in the formative years. They find a lot of discrepancies between what has been learned and what they are supposed to practice or to see as practiced by people around. This, to begin with I would say is an occupational hazard. It is not just an art critic’s dilemma, it is the dilemma of many a professional. Compare the heartburn/break of a doctor who is trained to do some exceptional works finding him/herself caught in the typical bureaucratic conundrum that kills not only the spirit of the artist but also renders the expertise of the doctor obsolete. But eventually the doctor has to find a way; instead of complaining, she has to approach the situation with a new perspective. It is not by appeasing the corrupt system but by finding avenues where the system itself could be done away with and could establish a new system of/to practice.

The schism between theory and practice has this perennial and primordial philosophical question to back it up sufficiently. Some believe that theory is derived out of practice and some hold that practice is an offshoot of theory. Both are right in many ways. Sometimes theories are developed out of hypothetical projections based on the inferences made out of the existing knowledge or experience. At other times theories are made out of specific practices. Seen from a practitioners’ perspective, theories presupposes practice and only by observing a considerable set of practices one could come up with theories. That means both theory and practice exists in an indispensible mutuality. That also means one presupposes the other and the possibilities of canceling out each other are remote in their existence. This also makes us to consider the fact that both theory and practice maintain their autonomy giving birth to a situation where they could give an impression that they could mutually discard and carry on with their independent existence. This autonomy of theory as well as practice had taken away the organic relationship they had with each and almost become stencil format which could be applied to any situation so that fancy derivations could have been done. In practice it becomes style and in theory it becomes a school.

The danger of such autonomy could bring forth a situation where theory could develop a sort of practice independent of a practice which has its basis in skill, aesthetics, craft and general world and cultural views. The autonomy of practice could bring forth such jaded expressions that do not have any grounding in theoretical premises so that the practice could make contributions in the advancement of culture or cultural practices. The arrogance of mutual exclusion of theory and practice has been the hallmark of postmodern liberals they have shown some kind of charlatanism. This trickery makes theory so complicated and unachievable as well as inaccessible which in turn imparts it with some sort of authority, gravity, respectability and exclusivity. That’s why we see some people who are theoretically auto-reproducing types and are happy about their replication sans coitus pleasure and general aesthetics accompanies it. The same trickery makes art also exclusive as such kind of art pretends that it is overloaded with theory or the art is made out of theory. The same trickery could be seen in the case of autonomous art, again showing prowess in self-reproducibility so that more than coitus pleasure imparts the sense of a hatchery via incubation process. So on the one side we have Raqs Media Collective and on the other we have a whole of Buddha and other generic spiritual painters.

Seeing this diversity, it is quite natural for a young practitioner of criticism and curatorial practice to come to a conclusion that he/she is neither for the one nor for the other. Or he/she has all the chances to think that while one pursues theory for the sake of it, he/she inadvertently abandons the first love; that is art, which is, the formal values of art and aesthetics. And on the other hand when one follows art while throwing the bundle of theories into dust bin and goes around like a naïve and divinely inspired artist, one feels the amount of injustice one inflicts upon the society in the name of art. And possibilities are there these parties feeling this eerie sensation of earth moving under their feet. And what happens such feeling of instability occurs in one’s creative/professional life. It would cause a sense of schism/ a rupture/ a break. One starts feeling that he/she is two different beings while the former loves theory the latter actively rejects the same and vice versa. 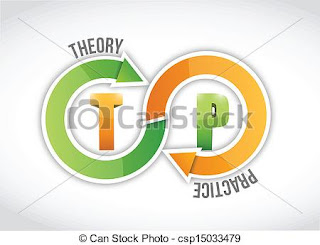 This is caused by a tremendous sense of indigestion. One lives a divided life when it comes to the life of a critic or curator, which shouldn’t be the case with a real professional. In the case of a critic or a curator neither theory nor practice should take an upper hand as Shakespeare had put it ‘would lose both’. What does one do to overcome such a situation? My answer is that one should stop being two at a time. The schism caused by the over-determining nature of either theory or practice should be done away with first of all and the person should be able to see oneself as a wholesome being who does feel that theory too is art and art too is theory. And in the professional critic or curator this should not be working from two different faculties of his/her personality. The person in his waking hours and sleep as well should remain a wholesome personality who uses both theory and practice in understanding the premises within which a work of art is created and is understood, interpreted and disseminated. Once that oneness is achieved then art and theory wouldn’t look like two different entities.

In India and elsewhere the false notion of a theoretical art and non-theoretical art has been spread in such a rampant fashion that many students and young practitioners feel themselves terribly inadequate to practice both. Many artists have become hugely pretentious by employing half baked theories in their practices and many theorists have become terribly boring by employing much misunderstood art to explain their theories. They have created a coterie all over the world and via this they have created a new Brahminism; Brahminism that prevents people from understanding knowledge and aesthetics. Ignorance of the general public (or the public made ignorant by such art and theoretical practices) prevents them from asking questions. When questions are not asked, the arrogance of authority (of art and practice) could be exerted and a niche market economy could be developed around it. Keeping masses out of the practices is one way the capitalists employ in making them consumers. The consumers are never given either the ingredients or the technical know-how (otherwise every household would be making coco cola and pepsi). 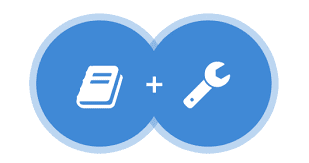 Art critics and curators of the young kind should have faith in themselves. If they are theoretically sound they should use the knowledge to discard the chaff and save the grain. They should not make their knowledge to pass of chaff as grain as many do today. If they love aesthetical expressions devoid of theoretical burden, they should be using their theoretical understanding to historicize such aesthetics so that it could be put back to the social parlance of aesthetics rather than leaving them as unattended creations. Once the unity of personality that does not find theory and practicing mutually conflicting entities but as contributory streams, is achieved, the curators and critics could enjoy both theory and practice because in theory there is practice and in practice there is theory. May be the artist just doesn’t know that but the difference is the curator or critic knows it.

(all pics for representational purpose only. source net)