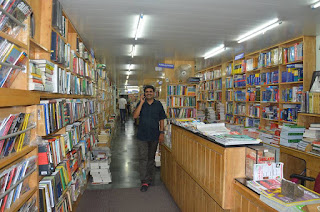 Trivandrum is a small city; perhaps a city in India where you could walk down to most of the destinations if you are commuting to the city by train or bus and you are travelling light. Like all the airports, here too the domestic as well as international airports are located at the outskirts, but at a distance that you could cycle down. However, Trivandrum poses a strategic dilemma to any commuter within the city. The distance between two bus stops is less than half a kilometer. But the climate is so harsh that you find it difficult to cover the distance on foot. In a bus before you collect your ticket, you are at your stop. And if you are taking an auto, you wonder why you have spent twenty five rupees for that quick and flashy ride.

Still I like to walk in this city. When I walk here I imagine I am a flaneur in a French street. That was many years back; I was a young student in the city then. The buildings were small and the streets were less crowded. You could bump into some well-known writers strolling along and paying their mandatory visits to the book stalls. Trivandrum is a city where you find eleven book stalls within fifty meters. You may say Kolkata has a College Street full of book stalls. Here you don’t have a college street like that but each building near and around statue houses more than one book stall. This is apart the wayside magazine kiosks that sell books too.

After reading Orhan Pamuk, I imagine myself walking in the streets of Istanbul. Pamuk says that the streets in his home city are ruled by stray dogs. Some rules go for occasional culling through ‘genocidal massacre’. Then people start missing their strays in the streets. So they demand their strays be back in the streets. The rulers allow. A few years back Trivandrum too had this menace of stray dogs. They used to turn violent and bite old and young alike. Some found excessive food waste and the poor waste management in the city caused the dog menace. So the corporation thought of culling. But soon they found that the city had more dog lovers and activists than stray dogs. Then came the online food companies like Uber Eats. Now as one of my friends says, ‘Trivandrum’s organic waste is recycled by Uber Eaters.’

I met Chithrasenan NE in Facebook. To my surprise I also found out that he was a key person in the fabled ‘Modern Book Centre’. I have been trying to visit him ever since the Facebook introduction. But I met him in different places. One day I saw him driving a Nano. I was standing in front of the legendary Trivandrum Hotel with Dr.Ajitkumar who had turned a corner in the air conditioned restaurant his ‘city office.’ Then I met him at the Shanghumugham Art Museum twice. He had two friends with him; both of them voracious readers. Someone told me, the guy standing with Chithrasenan was a kind of reader who went to browse in a book stall and finished reading two to three books by noon. 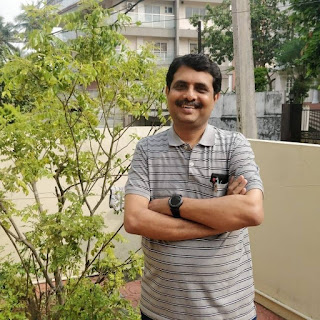 Finally I get a chance to go to the Modern Book Centre. It is like the Alladin’s in Pamuk’s Istanbul. You get everything that you imagine in the Alladin’s. I think I could get any book there. A lane away from the General Post Office junction on your left at the MG Road where two lonely Double Decker buses ply you find this famous book store. I walk in and see people busy browsing and reading. It initially gives the sense of a well-lit old library. Book store staffs distinct by the identity cards hanging from their necks help people find the books they want. The book store is long in shape and the endless rows of books give an impression of parallel mirror reflections, infinite.

My mind goes blank. In fact I have a particular book in my mind; Gita Hariharan’s ‘I have Become the Tide’, a novel. Before I could look for it I see Chithrasenan walking towards me from the innards of the endless book store. I think he has seen me entering the shop in the CCTV monitor or it could be just an accident also. I shook hands with him and I feel relieved for making it to the store finally. I had ordered a book almost two months back; ‘Like a Thief in Broad Daylight’ by Slavoj Zizek. We talk and by the time a staff member brings Gita Hariharan’s book for me. I ask Chithrasenan about the Zizek book, hesitantly. He goes to the counter and picks it up from a particular spot, brings back to me and says, ‘I had kept it there the day you told me to.’ 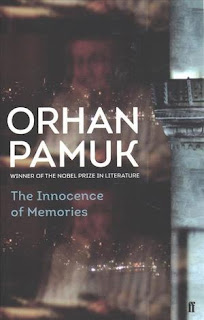 (Book, The Innocence of Memories by Pamuk)

It is a tour de force, I should say. I finished reading the book in one sitting. Reminding the reader of his illustrious book ‘Istanbul’ the book is amply illustrated with images from the Museum of Innocence, the real museum, the novel and the documentary by the British filmmaker Grant Gee. Let me quote a few lines from this book which has full of memorable lines: “We have moved on from sagas to novels which tell the stories of individual human beings, but we still haven’t managed to make that transformation when it comes to museums. Unfortunately, museums today- particularly in non-western countries- still operate as epics, more concerned with flag-waving and acting as repositories of the signs and symbols of national identity. I think that museums should concentrate on the stories of individuals, and be founded upon the creativity of individuals. Like novels, museums that rest on the imagination of individuals within a nation rather than on the accomplishments of that nation as a whole will be better at portraying its people and trials they have faced.” 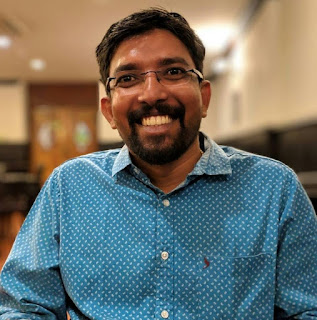 At the counter, while making the payment we chat up a little more. This time we chat about Adarsh Onnatt, a young literary enthusiast who writes literary criticism in the magazines and weeklies and a voracious reader. “It is difficult to find such a reader of his age,” says Chithrasenan quite appreciative of his friend Adarsh. I have a special place for Adarsh in my mind for he was the one who took my first interview in Kerala for an online English magazine (yentha.com) edited by Sabin Iqbal, a decade ago. It is time to go. I say good bye to Chithrasenan and his elder brother who in fact sits at the cash counter. And Chithrasenan has given me good discounts. Anybody visiting Trivandrum do visit ‘Modern Book Centre’ and meet Chithrasenan too.