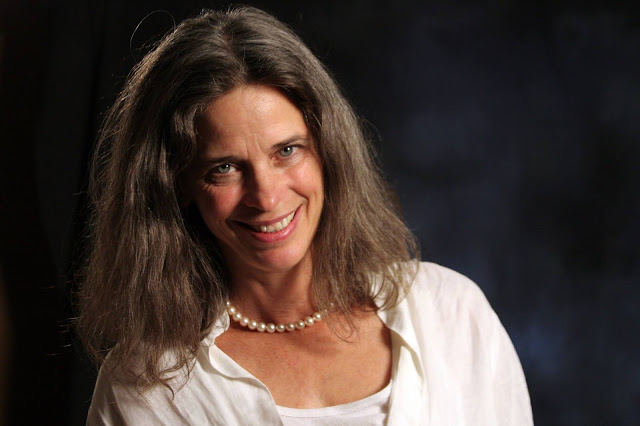 Rehana Fathima, a social activist, former BSNL employee, model and outspoken feminist is denied anticipatory bail by the Supreme Court of India. Fathima is booked under the Protection of Children from Sexual Offences (POSCO) for posting a video of her in a semi-naked way with her children, a 14 year old boy and an eight year old girl, drawing the picture of a phoenix on her bare bosom. The video had gone viral in the last month and with a day or two Fathima was subjected to terrible moral policing in the social media and a right wing lawyer filed a case against her for abusing children sexually. Kerala High Court also found her guilty of abusing her ‘own’ children and while passing the judgement the judge particularly mentioned the ‘facial expression’ of Fathima, which allegedly betrayed her erotic intent. Level headed people rallied behind Fathima and supported her case by arguing that her action was a performance art piece intended to demystify the female body. 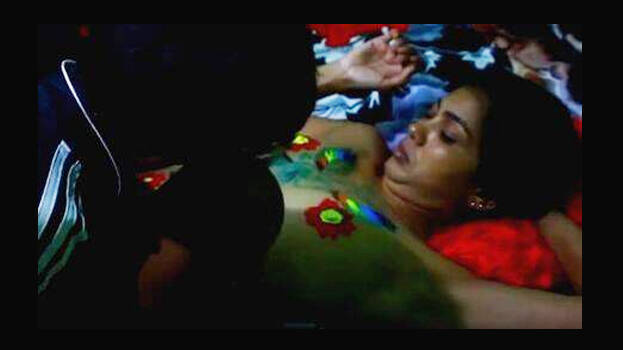 This case brings the photography series ‘Immediate Family’ by the American photographer, Sally Mann, whose book with the same title had caused a huge public ‘moral’ outcry in the US in 1999. Mann had started photographing her two daughters, Virginia and Jessie, and son Emmett since 1989. All of them were in pre-puberty age and surprisingly willing to be a part of the photographic project initiated by their workaholic mother. In a television interview conducted in 2005, Mann said that she was at photography from childhood and she loved doing photography and related works without a break. Her children, growing under her and her doting husband, were privy to know the intricacies of their mother’s creative life and despite their tender age let themselves to be photographed by the mother, at times as per her direction and at other times, as per the direction of the children and often in a candid fashion. 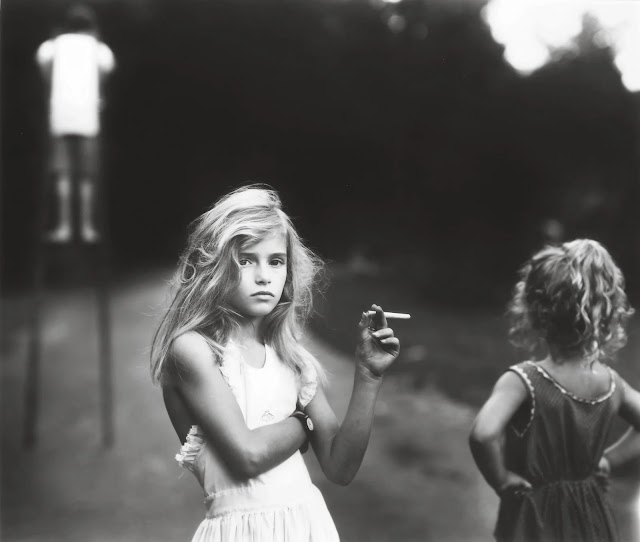 The photographs however generated a heated debated among the public as well as the intelligentsia took contradicting positions on the ‘Immediate Family’ of the well-known photography artist. They accused Mann of insensitivity and bad example as a mother. Some of them even accused that in the photographs the children looked as if they had already lost their ‘innocence.’ Sexual abuse by their mother was implied but fortunately there was no POSCO Act in the US at that time. The debate was historical as it pitted the rights of the children against the rights of the mother. In a sophisticated society such debates happen but it was the right wing mentality taking shape as public opinion in the country which would be the case in Kerala, India two decades later. Mann told her perpetrators that she found her children wonderful and as she was always working from home, and was in love with the American South, her intention was to see their growth in that ambience absolutely free and unprejudiced. Her intentions were clear and truthful, but that of the public and a section of the intelligentsia was vindictive. 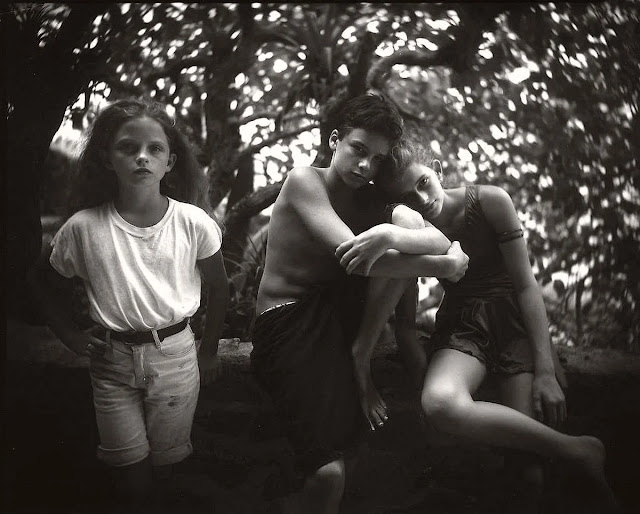 The crisis of the photography is that when it is put to the public for perusal, analysis, criticism and pure aesthetical enjoyment the clash of ideologies is bound to happen. The relationship between the photographing subject and the subjectivity of the photographed subject is highly contestable in a public domain because it would have already created its own norms about that relationship. Photography professor Sarah Parsons in one of her comments on the series says, “Such are those around the motherhood and the protection of the children.” According to Parsons the possibility of the public’s judgement on motherhood and children’s protection cannot be ruled out. That means one could be the mother of the children in question but the society still has a say in their things. This view is equally disputed by many who see it as the denial of the children’s very right that these people are vouched to protect. Infantalizing them permanently and denying them the right to be the partisans in a project initiated by their mother and the knowledge that they have about the project is a prejudice against the children. 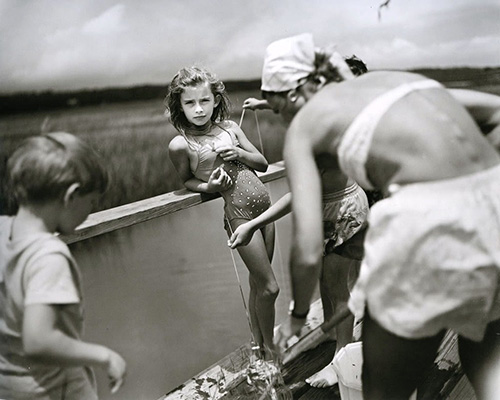 Courts in India, when it comes to the Fathima case seem to go with the majority, traditionalist public opinion that sees the whole issue as a deliberate attempt to collapse the age-old social norms by showing bad example as a mother and implicating her of sexual intent (towards her children). I do not know whether the voices of Fathima’s children are recorded and aired in public. But Mann’s children were vocal enough to say that the ‘nudity’ of the children that had offended the public was an affair of consent and they knew that their mother was shooting them. When the book was about to be published they got involved in the final editing and suggested the removal of a couple of photographs, not because they portrayed nude but they did not like the ‘expressions’ on their faces. Nudity was a not a problem to the children. Despite their mature age and the fairly good idea about their mother’s works and reputation they did not feel that the nudity in question was something of a motherly exploitation or a thing of shame. Their only complaint in fact was the mother’s workaholic nature! ‘Immediate Family’ is not a documentary photography series nor is it a surreal set of images though there are elements that could dub it both alternatingly. The children remain casual but in strange settings. They are cautious but in familiar settings. At times they are behaving or emoting according to the cue given by their mother. They are privy to the fact that in some of the pictures they are supposed to ‘obey’ rather than behave. In some they show complete indifference to the eye of the camera that is watching them; so do children behave when their mothers are watching over them constantly. Sometimes they are in gay abandon. The three children look like a single unit in some of the photographs and in some others they are just disparate components of an organic picture frame. In a documentary sense the viewers/readers could see the children’s growth and the changes that come to their bodies. And there is a point when the nudity, which otherwise is negligible had there been no framing of it ironically not by the photographer but by the public, almost becomes inconspicuous or negligible in the works. But what to do, the public sees only what they want to see! 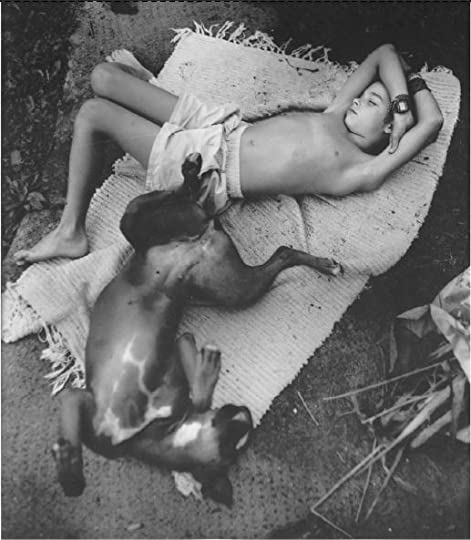 There is something quite strongly Freudian about it. Look at the TikTok videos (this app was recently banned in India as it came from China) made by many parents in which their pre-puberty children don a major role. They appear as vamps, sirens, ogresses, witches, item girls, cabaret dancers and so on. Boys enact the roles of villains, rapists, heroes, chauvinists, thugs and muscle men. One could clearly see very young children transgressing into mature people in semi-porn movies. It doesn’t embarrass the parents but it does make the viewers wonder. But this wonderment is often seen as a reaction to the ‘talent’ of the children or the kind of humor and fun the scene evokes. No moral stance is taken against these videos. But when it comes to the art forms the brittle moral codes suddenly get challenged and people take up cudgels. This happens mainly because the sexuality in children is determined by the mature people. It is the viewer who sees the girl child who acts as an item girl, as a substitute item girl with full of sexual potencies. The child does what she sees in the television or films. Sexuality of the child is a social construct and it is not the child who is a potential victim of the abuse but the fear of the adult that he or she would turn into a child abuser himself. So it is a guard against himself rather than the children. A mother does not often belong to this threatened lot. Mann and Fathima are exceptions because of that. 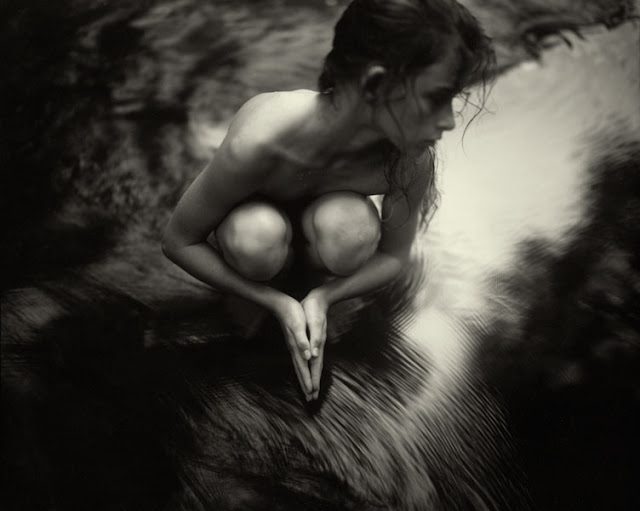 Freud, however does not really think in the above mentioned terms. According to him, what a child does in his play time is almost an imitation of what the adults do in their play time. It is rather an imitation of the adults that helps them to understand the world as it is understood by the adults, which they think that is a privileged world in which their entry is restricted by many means. So their idea is to symbolically reproduce that order in playtime and become a part of that world in a sublime level. When the sublimity is lost and transgressed into the real world the childhood experiences of sexual explorations take place that eventually causes fear, shame, guilt and aversion to the opposite sex and so on. But both Mann’s children and Fathima’s children are not prone to such vagaries of the symbolic order at least in the acts they are a part of. But the court feels it differently because it plays to the gallery and the gallery is full of people who carry the fears of their adulthood itself and its collapsible moralistic nature. Ultimately, if Rehana Fathima goes to jail, she does that for the all the Indian adults who are afraid of own their sexual intents.