Black Has Always Been Beautiful 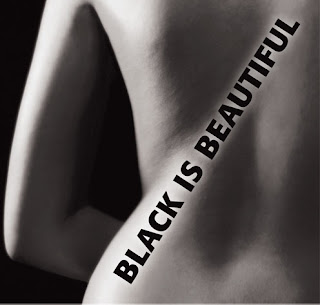 Barak Hussein Obama wins. And he is the new President of the US. A Democrat, so we Indians have a lot of hope invested in him. Besides he is a Black/Mulatto. That should give us more hope for he understands the problems of a non-white world being a non-white in the white world.

End of the day race of the American president should not be counted for he is the president of all Americans, irrespective of their skin color. Obama’s win is historic because it comes with a warning: Obama should not be another Nelson Mandela- with all due respect to Mandela, a phoenix cannot return to ashes. Condoleeza Rize, the BLACK WOMAN Secretary of State, the second power in the Bush administration, is another example who got absorbed into the political system of the US and became neither a black nor a woman.

I am not a political analyst or specialist. My interest lays in the color of black- the black color of the skin. Paul Gilroy when he wrote ‘There Ain’t No Black in the Union Jack’, he was saying nothing but the absence of black people in the British politics. Isaac Julien, Yinka Shonibare, Chris Ofili and so on worked really hard to include some black color in the white canvas of British art scene, along with the theoreticians like Gilroy and Stuart Hall.

We can say the world has almost deconstructed its history of white supremacy with the election of Obama as the US President. But have we, the Indians changed in some way? Do we like dark complexion? Ain’t we the most racial amongst all the world populations, despite all our democratic and secular claims? Fair skin makes all the difference, we believe. We want to become next to the white both in color and attitude. We call our brothers and sisters who have dark complexion, ‘Kaalus’ and ‘Kalias’.

Our marriage market always looks for fair skinned people. I have visited almost all the galleries in India. Not a single gallery has a dark skinned girl working as a gallery executive. In the job market dark skinned people are always pushed behind. Gigi Scaria, in his video titled ‘Interview’ comments on this issue of Indian apartheid. Black skin is a negative branding. The aspiring white people read too much into it- black skinned people are bad, ugly, unsophisticated and inefficient.

Malcolm X in his autobiography (written in collaboration with Alex Hailey) speaks of his initiation into black politics. As a young man, involved in street crimes, Malcolm X was arrested and put into penitentiary. There in the jail library he started studying more about social discrimination due to skin color. He referred the dictionary to understand the meaning of BLACK. He found all the negatives attached to the color black and he realized it was the creation of the white supremacy. Had the black man been powerful, the meaning of the word ‘black’ would have been totally different.

Indians are more color conscious than any other populace. Here the skin color is attached to the caste system. The black should obviously be a Dalit/socially deprived. A dalit should obviously be uneducated and uncouth. As he is uneducated and uncouth, he should be a ruffian. What a pity. We hail Mandela and Obama. We hail Carl Lewis and Evander Holifield. We hail Monica and Serena Williams, and Brian Lara. We hail them because they are the achievers. A black achiever could be worshipped. But a black individual could not be accepted.

In Indian academies I have seen the libraries filled with the works of white writers. Even in the art academies, I have never seen Paul Gilroy’s or Stuart Hall’s works. I have not seen the writings of bell hooks in any art colleges in India. In the art openings, if there are black visitors (black people from abroad) they look lost as we Indians give so much of attention to the white guests. Yes, the black visitor does get attention if he or she is from a powerful gallery or a museum. Or she/he should be a diplomat or a diplomat’s wife. Our news photographers who cover the art dos are trained to keep black people out of their frames. Just look at the page three pics for evidence. Can you show me one dark skinned person there?

Look at these actors and actresses. Look at the writings of the black people. Look at the contributions of the non-white people in the field of art and culture. Look at the pains that they have taken to produce one Barak Obama.

Do we every come to understand these things one day? When shall we realize that Black is still beautiful and it has always been beautiful?

(To the cynics who would directly refer the provocation for writing this piece to my dark skin complexion, I have only this much to say: I am a proud black man and I believe black is always beautiful)
Posted by JohnyML at 2:33 PM

i was thinking of the irony of a black goes to a white house. quite apt what you wrote.the blacks are all over now. i remember the black panther's of Oakland.their words now came true.

If you will protest courageously, and yet with dignity and Christian love, when the history books are written in future generations, the historians will have to pause and say, "There lived a great people—a black people—who injected new meaning and dignity into the veins of civilization."