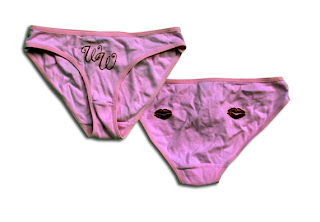 When I was a teenager, I did not know anything about Valentine’s Day. February 14th came and went just like any other day.

If Valentine’s Day is all about exchanging flowers, greeting cards and expressing love for the one you love, then in retrospective, I should say each passing day was a Valentine’s Day then.

It was a different time and space. Even in co-ed schools, boys never talked to girls. Girls held the books closer to their chests and walked with downcast eyes.

But then the eyes talked and a darting glance itself was enough to tell volumes to each other. For a glimpse of that ‘untrained darting of eyes’ we boys bicycled along the alleys. In the class room, we politely asked them for their note books and seeing their handwriting itself was fulfilling.

Yes, in villages love flourished in silence. And the boys developed strong calf muscles due to over cycling.

I came to know about Valentine’s Day in Baroda and I was twenty three years old then. With a broken affair for my past and a torturous present in hand, I hoped against hope that someone would come and offer me a flower. Nothing happened.

I did not know that the guys also could give flowers to girls. There was no wikipedia to do some quick references.

Years later, some one told me, she would have accepted me, had I offered her a flower then. But things don’t happen like that. I got my girl friend on a very unromantic day when the streets of Baroda were covered with mud and slush. I professed my love for a girl with wet clothes hanging on my shoulders like a bat’s wings and a pair of shoes covered with mud.

But she accepted me. And after many years later she told me that I stank of onion on that day. Such a struggler I was that I could not afford to think of buying some mouth freshner before I went to profess my love.

But I learned a lesson from that incident: a Valentine can not only smell of flowers, he can smell of onions too. Love has different fragrances. It can even smell of Nivea cream.

Before I fell in love, I was so desperate that I even wished some girl would tie rakhi on my hand. None did. Many youngsters go crazy when they realize that they are not even worthy of becoming a ‘decent’ brother. They think so not because they want to become ‘brothers’, but the rakhi thread opens up a possibility for the conversion of brotherly relationship into something romantic.

In reel life and real life, you see a best friend moving along with a loving couple. And finally, this best friend would tie knot with the girl. Milton is right, they also serve who stand and stare.

In London, I came across something called Halloween Day. I was two month old in London and the Halloween Day fell on October 31st as prescribed. I was invited and was asked to come in fancy dress. Whatever I wore at that time was literally fancy dress. Shirt and a pullover from the one pound shop. I looked perfectly ‘fancy dressed’ in somebody’s used clothes.

I could not recognize my class mates, all European girls dressed up in fancily minimum clothes and faces covered with masks and hats. It was a fairy world complete with grinning faces carved on pumpkins and huge candle lights.

For a moment I imagined that I would get a temporary girl friend from this fancy world. But most of them were already having boyfriends to dance with. So I think, I spent the night discussing art theories with another senior most member in the crowd, sipping away bitter wine.

It is interesting to think about all these festivals that our right wing fundamentalists now oppose. They say that these festivals are against Indian culture. They almost believe that in Indian history nobody fell in love. Nobody exchanged roses and soulful poems.

They forget all our pigeons and swans and clouds and winds that took messages from the lovelorn people to their beloved. There will be no classical Indian poetry if we ban the love portions from it.

Cupid could be a foreign import. But what about our putties, yakshas, gandharvas, kinnaras and apsaras? They all played major roles in the history of Indian love.

Our one and only Vatsyayana, who wrote Kamasutra was a great voyeur. He did not want to make love and experience so he asked his disciple to peep into a couple’s room and report what was going on. I am sure, the couple under the sagacious surveillance was great acrobats.

I don’t understand why the right wing fundamentalists, who try to do the moral policing by disrupting parties and festivals like Valentine’s Day, don’t see that love cannot be stopped by banning.

Lovers are like Picasso. Picasso once said, if he is confined in a jail and is deprived of working materials, he would paint the walls of the jail with his saliva.

Lovers would find extremely innovative ways to be in touch and they would celebrate their love even in a country where love is banned. In 1984, George Orwell talks about Winston Smith’s and Julia’s love. They are all under surveillance. But they get into an attic where they believe there are no surveillance cameras and kiss each other.
Lovers can make winds and clouds to speak. They can make pigeons and peacocks to fly exhaustive distances to share a message. They can choke the internet and mobile networks with love messages. They can create virtual graffiti all over the place through love messages sent to FM Radios.

But one difference; in old days, love was inexpensive. You never paid for that darting of eyes. You never paid rain, wind, clouds and birds to share a message. Savitri never hired a taxi to follow Yama, the god of death. She just walked behind his buffalo and proved that she could reclaim her Satyavan’s life for her love.

Now love comes with a price tag. Valentine’s Day is expensive and the market studies say that billion worth of transactions are done on February 14th , that is Valentine’s Day, the amount, which is second only to the transactions during Christmas. Now to love you need to pay mobile companies, greeting card makers, liquor companies, restaurants, textiles shops, confectionaries and even to Hindustan Latex Ltd, which is the biggest condom maker in India.

And the right wing fundamentalists don’t know in the capital economy and in the society of spectacle, love cannot be confined to darting glances. They should look into the market economy of love.

Instead of moral policing, they should sell flowers and confectionaries, and make a few quick bucks.

Look, these guys just don’t know, the Valentine’s Day celebration was activated in 20th century by the Confectionaries Association in the US.

Now our secular democratic protestors want to sent pink panties to the right wing fundamentalists in Bangalore and Mangalore (where the pub was attacked) as a token protest.

Pink is associated with all what is tender and love. Pink undergarments are inspirational. If added with leather, it would give some dungeon effect. With cuffs, gags, chains and pins in place, you get the sado-masochist pleasure too.

I would suggest, the protestors should send them not fresh pink panties. But the oldest used undergarments by both the gender.

Fresh pink panties again create a buy end and sell end market. You never know, the Ram Sene activists would auction these panties tomorrow through some other agencies and you buy back it without knowing its origin.

So let’s stick to used, rotten, tattered, battered, stained and elastically unviable undergarments for our Gandhigiri.

If we want to stick to Gandhigiri, let us send pink khadi loin clothes to them. Ultimately, even if they are auctioned, it would add to our public sector only.

This time I am going to send a flower to a woman on the Valentine’s Day. May be I cannot love this lady the way I love my wife or my girl friend. But I can love her for being the boldest woman in the country today.

Her name is Renuka Choudhury. She is the Minister of State for Women and Child Welfare, Union Government of India.

While responding to the Ram Sene’s moral policing in Karnataka, she said two things, which I deeply appreciate.

One, this Pramod Muthalik, who is the leader of Ram Sene, is unmarried. He should be knowing a woman and a married life in order to understand the give and take involved in a man woman relationship.

Two, we should ask this man’s mother from where he got this attitude.

I appreciate Renuka Chaudhury for her bold comments. It is not literature or art, where you cannot ask a male writer to give birth to a child and know the birth pangs before he narrates a delivery scene.

But it is real life. To know the tenderness of the man-woman relationship one should experience what it is like. Ideology cannot replace love. But love can replace ideology. Many kings have abdicated their thrones for love.

These roses are for Renuka Chaudhury.
Posted by JohnyML at 12:31 PM

“Girls held the books closer to their chests and walked with downcast eyes”. Good post. It indeed reminded me of my school days in Kerala. Though I never had the luck of a love affair, I can smell the fragrance of nostalgia in your post .

I was in class 7 when I first got to know about the V Day. Then, for me, it was a something which the ‘lovelorn’ and ‘crazy about boys’ girls would do. The initial paragraphs of article reminds me of my school days and how we celebrated various festivals and especially Rakhi. It’s almost 10 long years since I passed out Class 7 and still I never got a chance to celebrate the eve. I find myself either studying or working in last ten 14 Febs. But then my opinions are very much different now. What is the harm when two lovers meet and party on Valentine? Doesn’t it happen each day? By now such things should have become part of our society but it’s sad that our so called ‘Moral Police’ keeps its hawk eyes wide open for silly reasons. Isn’t there anything else to do other than brick-bating couples who bring out some love in otherwise terrorized state?