Singling out Simplicity in Art 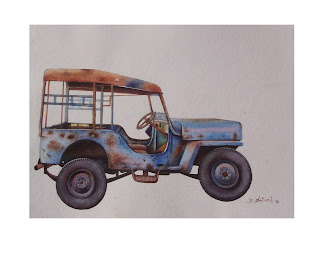 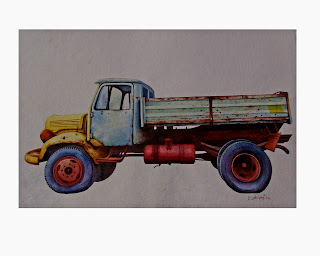 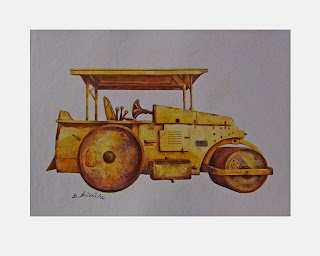 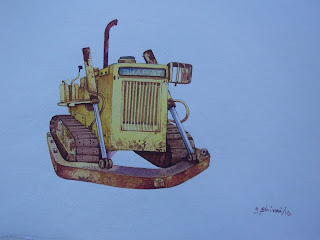 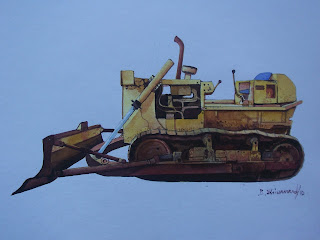 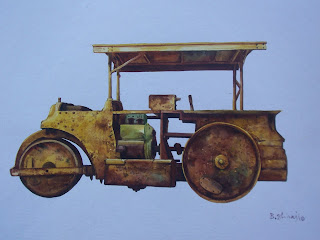 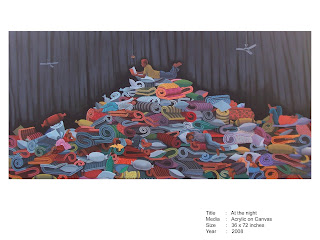 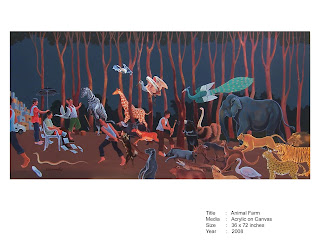 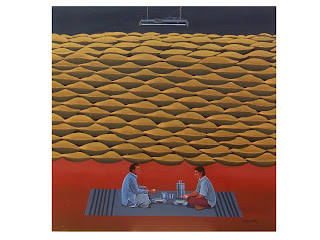 How do we discern a good piece of art? For the beginners, if any work of art that catches your attention for its intrinsic qualities and leaves an indelible mark in your memory even after you move away from its time, location and proximity, then it should be deemed as a good piece of art.

Then you may ask, there are bizarre and grotesque pieces of art that linger on in your mind even after you run away from its time, location and proximity, what would you call that; a good work of art? Good question.

During the modernist period, it was taken for truism that any work of art that did not allow the viewer to have immediate comprehension of its entirety must be an intelligent and good piece of work. Result was nothing but the expulsion of art from the heavens of daily life.

Even today, there are people who believe in such art that dispel people away from it. The more it is complicated the more it looks intelligent and good. This perception still remains a norm as it helps many to get away with their lack of hold on form and articulation.

Yet, people like me, who consider themselves to be moderately intelligent and have a hold on the aesthetic discourse, against the norm and grain believe that art could be intelligent and good despite it being simple in form and articulation. It is here the grotesque and bizarre, vulgar and the popular come demand a level playing field. I don’t argue that all the popular art forms are good art forms. But I do believe that popularity of any kind of art does not divest itself of its authority for being a good piece of art.

Simple and direct articulations often become popular; at times the popularity is regulated extraneously through ideological manipulations and careful social constructions. Hence, we come to face with an irony in which even the most dense and impenetrable work of art become popular. That is why, discourses on art in more than one way just get lost in the maze of these ideological constructions.

Simplicity is what suffers when pitted against the most complex and dense forms of articulation. We still don’t have the guts to call a spade a spade. Complexity is not always translated into brain teasers instead sometimes I see them as brain mockers. Deliberate complexity of a work of art, at least in my case, mocks the viewer. So my advice is, when a piece of visual art makes you to read tomes to understand its grain of nothingness, you better go to a library than to a gallery.

These are the thoughts that rush into my mind when I stand before the small watercolors of the Bangalore based artist, Shivanand Basavanthappa. All his works in the present series are 18” x 24” in size and done on handmade paper (no claim on acid free, archival, museum quality paper. But doing work on that paper is not a crime either).

Shivananda portrays a abandoned vehicles in a Public Works Department premises in his village in Karnataka. There are trucks that are rusting, there are earth movers that are in the process of decay and collapse, there are bulldozers that are like fossilized giant caterpillars from a Jurassic age and there are road rollers that have become artifacts in a museum of public and government apathy.

There is a reason why I like these works. These works touch some cord in your heart because anybody who is brought up in a similar situation as in the case of Shivananda must have seen identical scenes in his/her villages. ‘Decaying vehicles’ is a symbol of our times. They register the gravity of vandalism transferred into a symbological order. I have seen vehicles getting rusted; from their majestic roles they are reduced into scrap, rust and dust.

When caught into a frame, they are like the photographs of our ancestors. In the case of Shivananda, he approaches these decaying vehicles with an attitude of a conservationist or even a fond grandchild who would like to keep the memories of insignificant or significant grandparents alive. According to the artist, these vehicles have participated in the making of a nation, that is India herself. They have taken part in the making of dams, roads, public buildings, irrigation canals etc., which together has contributed a lot to the making of a ‘modern’ India. Now their roles are diminished and are consigned to oblivion.

When I stand before these works, I do perceive their apparent simplicity and it attracts me considerably towards them. And while I am in the gallery, I don’t exactly see them as vehicles in decay, but I see them as picture gallery as in the hall of fame of a major public building. Shivananda creates a hall of fame of/by/for the abandoned. It is a subtle way of telling the apathetic society to open its eyes and see. He does not ask the authorities to preserve these vehicles as he knows for sure that these vehicles don’t come under the vintage category and nobody would like to restore them for the keep sake.

And of course, the artist does not have any authority to tell the public fund managers to invest in all the abandoned vehicles and convert those places into public museums. However, the suggestion is strong, direct and simple. And it makes a lot of sense to the viewer. He paints the hall of fame virtually and a graveyard of unsung heroes apparently. That is the beauty of these works.

Shivananda studied in Gulbarga Fine Arts College and Chitrakala Parishad in Bangalore. His previous series of works was all about human beings engaged in various act of preserving, transporting and conserving food. They are seen in the act of eating also. He refers a lot to the works of N.S.Harsha and engage in the make of scenes where a lot of people are engaged in the same activities like eating and sleeping. Though these works remind one of the works of another contemporary artist, the artist cannot be blamed for plagiarism because the directness and the agility with which he presents them are different and it helps in deflecting negative engagement with his works.

Coming back to my initial statement; a good work of art is something that lingers on in your mind. My agenda was to see the works of highly celebrated artist presented at the National Lalit Kala Akademy Galleries in New Delhi. I saw the show and the moment I left the gallery, I forgot all those work except for the hazy colors and the spectacular-ness of the presentation. Out there in the corridor, I saw the poster of Shivananda with the image of a rusting Jeep on it. I decided to see the show even though I did not know this artist from Adam.

Now, I know him and his art. Even without referring to the picture folders in my computer, I can recount each and every work in his show. I believe he is a good artist, well organized with good works. Any promoters around?
Posted by JohnyML at 8:09 AM