Death by Air: To Amrita, Sumeet and to All the Poets and Logicians 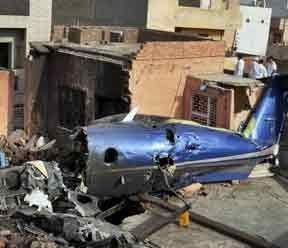 An air ambulance carrying a patient from Patna, Bihar crashed near Faridabad, Haryana killing seven people including the two crew members on board and three women on the ground. The total toll was ten.

Faridabad, that’s exactly where I live. But this happened a few kilometers from my home. And I was watching my television programs with my family and evening drinks. After a long day’s haul, unless you are a hardcore event catcher, you don’t watch much of news channels.

Often we come to know about the low intensity earthquakes when such phone calls alert us from almost five thousand kilometers away from the site.

But I did feel earth shaking on 26th January 2001. I was on phone (landline) with a friend and I saw the ceiling fan moving violently. A fan does not move during the winter days. This time it was shaking, trembling and shivering before I heard a severe shrieking at the other end of the phone. My friend too was feeling the tremors.

And in Rajpath, India was showing its military as well as cultural might.

Away in Saurashtra, Gujarat, things were different. Bhuj was completely razed to the ground.

My editor called up and asked me to go to Bhuj as a part of the reporting team. I refused. I had already planned to resign from the job. Journalism was killing my spirit.

I have digressed enough.

A worried text message came from a friend. And this piece of writing is dedicated to her. She was worried because she knew that I lived in Faridabad. I could not text her back. Sorry.

From my balcony I could see several flights, especially during the nights, circling at a great height, either flying up from the Indira Gandhi International Airport or waiting for signal to land.

When my daughter refuses to eat, I take her on my lap, show her the flights one by one and whisper into her ears that all those are her flights and she has a lot of places to visit. Tricked into the magic of lights moving in the sky, she eats her food that I push into her small mouth opened in wonder.

At times, we sit in the balcony enjoying the cool breeze coming from the Aravali hills, cooling down senses, anger and the general scorching of the North Indian summer.

After the air ambulance crash I started wondering, many must have thought in the same lines, had it been on this terrace?

The three women perished in the mishap were sitting on a rooftop, chatting up before preparing for sleep. They did not know death would visit them in the form of a crashing plane. They might not have even traveled once in a flight in their life time. But death by plane crash.

An air ambulance carrying a boy in coma. A cousin accompanying him to Delhi. Two doctors and a nurse. Two pilots, who were more than willing to fly a patient even in turbulent weather.

A divine mission. A humanitarian mission. None involved was there in bad faith.

But still the plane crashed.

Indian newspapers and television channels could not have resisted themselves from using the words – fate and destiny.

How else would we explain this game of death? The pilot’s father is a bus driver. All the bus drivers’ sons don’t become pilots.

Sheer logic could say the following things: The small planes cannot handle a particular kind of air turbulence. The flight could not maintain the height that the air traffic control system suggested.

Accusation: ATC could have given permission for a priority landing.

Any tragedy, after it dances to its satisfaction leaves out a possibility of saying; it could have been averted, had it been…..

May be this is an Indian way of thinking.

Human subjection by any force cannot be taken as destiny or fate. Rebellions are meant for dislodging such falsified destinies and fates.

But in the face of death or in the great scenario written by death, fate plays a pivotal role… if not please explain this plane crash in logical terms.
Posted by JohnyML at 8:39 AM