Ego—Jealously—Revenge: How Human Beings Screw Themselves Up 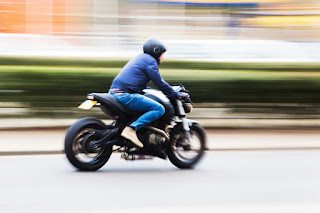 I read a news today; in a Malayalam newspaper. It caught my attention because it told me how human beings are, fundamentally. In Trivandrum, a few policemen took a new bike ridden by a young man into custody citing that the two-wheeler did not display a number plate. The boy told them that he was on the way to the RTO to collect the number for this bike. They did not heed to his pleas. The news item says that the cost of the bike is Rs.2.5 lakhs. The boy complained to the station house officer and in turn he called up and asked the policemen to release the bike. Before releasing, one of the policemen, opened a packet of salt and poured into the petrol tank of the bike. Any foreign particle, especially salt would jam, rust and kill a vehicle which is made of steel. Upon this becoming an issue the policeman was summarily suspended from the force and the enquiry is on.

This news reminded me something that had happened to me around fifteen years back. I too was using a motor bike then. I had a small studio in South Delhi and one day I left the bike within the premises of the rented studio as I had to go elsewhere with someone and that person dropped me back home in his car. The next day I went to the studio, saw the bike where I had left it. I spent my time in the studio and by evening I went to take my bike. I brought it out and started kicking; the bike simply did not start. I tried my best but in vain. I pushed the bike to the nearest workshop and the mechanic quite adept in engine work brought all his experience out to kick the bike to life. No way, it just wouldn’t oblige or obey. The mechanic spent almost a few hours but he could not do anything to it so he asked me to go there next day. Next morning, after much prodding and tinkering he reached that Eureka point. Lo..there was a small nail inside one of the engine part just adjacent to the kicker. An experienced hand at bike engines, he categorically declared that it was a ‘revenge act.’ Nobody would do it unless that person has a lot of hatred in him.

Who would do that to me? In South Delhi, even in those days (one and half decade back), a biker was an underdog. Everyone in the locality boasted a couple of high end cars (out of the limited range available in the market compared to today’s daily introduction new models from the major brands) but I found no reason for anyone to push a nail into a bike’s engine only because it dared to came into their locality. I made some silent enquiries to find out the possible culprit. Nothing came of it. May be a couple of months after that incident, I was about to kick start my bike and the landlord of my studio happened to come out of his house. He saw me on the pavement, sitting on the bike, kicking it to start. He took a good look at me and asked me whether it was my bike. I just smiled. It took no imagination to know who had pushed that nail into it. Did I see a glimpse of regret on that mousy little man who without fail came to the first floor studio on the fourth of every month to claim the rent? In fact, I did not want to look at that man’s face for I did not want to embarrass him. 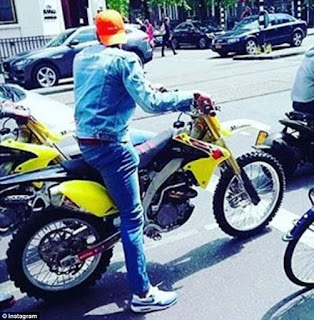 Perhaps, these two stories have one thing in common; incapacitate someone by any means necessary so that he/she would suffer a sense of loss and inconvenience. It is an act of revenge, a very covert but planned attack. But there is a question; why should the policeman in Trivandrum or the landlord in Delhi have some animosity for someone who just doesn’t cause any harm to them? Thinking of it, I find the answer: They want to wreck revenge upon somebody just because they don’t ‘like’ him/her. What is the root cause of this dislike? That is quite abstract a thing to answer, however I would try to elucidate it. The root cause of this dislike is ego and the jealousy coming out of it. The term ‘ego’ has varied explanations right from spiritual discourses to psychological and  socio-cultural discourses to which I do not want to get in now. The Ego that I am talking about here is the sense of self importance that comes out of territorial ownership. Most of the fights between human beings are caused by this territorial possession. Why did you park your car here? A person could lose his life on this question. A whole community may get into arson, murder and loot upon that question. Human beings have learned to make boundary walls than collapsing it. So, Ego is a sort of right to certain portion of earth, property or wealth. Anybody who does not belong to is an intruder who deserves to be punished.

Now let’s just think about the behaviour of the policeman and the landlord. The former did not like the boy coming by a new bike to his territory (of jurisdiction). The very presence of the boy in his youthful cheerfulness, clothes, apparent freedom and above all a very costly bike seems to have hurt the ego of the policeman immensely. The question that comes to his mind is how dare you do this? This question must be coming out of two other reasons: one, the policeman must be so possessed by his own importance or helplessness. Two, he must be bogged down by utter jealously upon seeing the boy on the costly bike which he considers as an assault to his own imaginary dignity. Then what he thinks next is to wreck revenge upon the boy. The territorial aggression has been made into a legal issue by citing the absence of a valid number plate. The hurt ego which has taken the form of utter jealously gets its pragmatic manifestation in pouring the salt into the new bike. 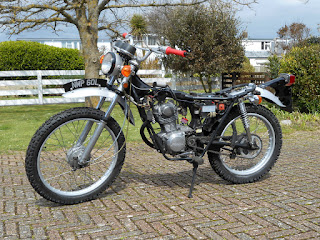 In the case of the latter, the landlord, this is simply a case of ego which also has different manifestation. First of all, he thinks that the bike parked inside his property is a sort of trespassing, which has affected his ego. The second thing is that if someone has done it, then he should be taught a lesson. The territorial aggressors should be punished! The ego of the man then transforms into a sort of revenge. The punishment could be simply deflating the tyre, which is what generally people do when they feel especially irritated on people. Deflating the tyres and scratching the paint are two things that generally vandalisers resort to do. But when you go beyond that, like taking the pain to open the engine and push a nail into it or opening the tank and put a full packet of salt into it, then it is a well thought out act of revenge, therefore a crime. I feel that both the landlord and the policeman have done a crime.

People like to do such ‘innocent’ crimes. For them these are innocent crimes because they think they are justified in doing so. What they have been doing is simply protecting their territory, ego and self esteem. They just do not think of the inconvenience that they cause to others. The jealously angle is palpable in most of such vandalising type of crime. Some people scratch the paint off the bodies of new cars because they get a perverted pleasure out of it. It is a sort of jealously sublimated into the form of a minor crime. You celebrate the buying of your first car and your friends celebrate (mentally) the first parking lot accident or scratch to your car. This happens mainly because people are so blinded by ego, possessiveness and intolerance. All these three things could turn into crimes therefore tragedies. Macbeth was egoistic and he thought at every stage he was being snubbed by his friend Macduff and also by King Duncan. Othello was over possessive of Desdemona. The Houses of Romeo and Juliet could not tolerate each other. All ended up in tragedies. Life is not just Shakespearean; every ordinary human story is full of self inflicted tragedies. Ego turning into jealousy and revenge is what we see in our lives. There is only one way to redemption; decrease the intensity of ego; live in the truth that we are nobodies. And we become somebody only when we transcend all our baser qualities to higher qualities. Man could become God. But never by putting nails and salt into bikes’ engines.

(Images taken from the internet for representational purposes only)
Posted by JohnyML at 1:42 PM