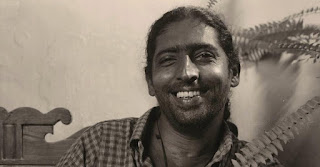 Anoop Scaria passed away yesterday. He was 57. Have any of you even once thought for moment who I am talking about? Many, I am sure. Anoop Scaria along with his surviving American wife, Dorrie Younger was the founder of Kashi Art Café, Kochi in 1997. When it was opened, the founders had not dreamt so big though Kashi Art Café would become a part of India’s modern-contemporary art history not only with its cutting edge exhibitions but also with an award, Kashi Award for the young and upcoming artistic talents. Like many other galleries opened by the dreamers of the post-flower power generation along the coast of the Arabian Sea in India, Kashi Art Café too was a dreamers’ den where they drank coffee, smoked weed clandestinely, discussed forest-festivals, carnivals and anti-nuke projects. Anoop Scaria was an activist who doubled up himself was a raconteur of Fort Kochi’s legacies for the tourists until Dorrie who too was looking for her soul mate, found him at the shores. Kashi Art Café was their joint venture; coffee, cakes and discipline by Dorrie, dreams, passion and more dream-projects by Anoop Scaria.

Kochi-Eranakulam had not too many galleries to boast in those days when the art graduates from Kerala either migrated to the metro cities in India to further studies as well as to become full time artists or went abroad in search of jobs which demanded their artistic skills. Chithram Art Gallery in the MG Road was one private gallery that did some business. Kalapeedam, led by Kaladharan was almost operating like a non-profitable organization which in fact was not making any monetary profit though it could show off the cultural profit that has been getting accumulated to its own legacy. Durbar Hall was yet to be snatched from the Archaeological Survey Department by the Lalit Kala Akademi. The only exhibition hall available was the Woodland Hotel conference hall. There at Edappally, a little away from the city center, Madhavan Nair Foundation (MNF) was a point where artists could gather and somehow the museum there used to embarrass the artists with its tableaus of Kerala history and the naïve sight and sound show. The art education center at the MNF was preparing young talents for higher education in art elsewhere. 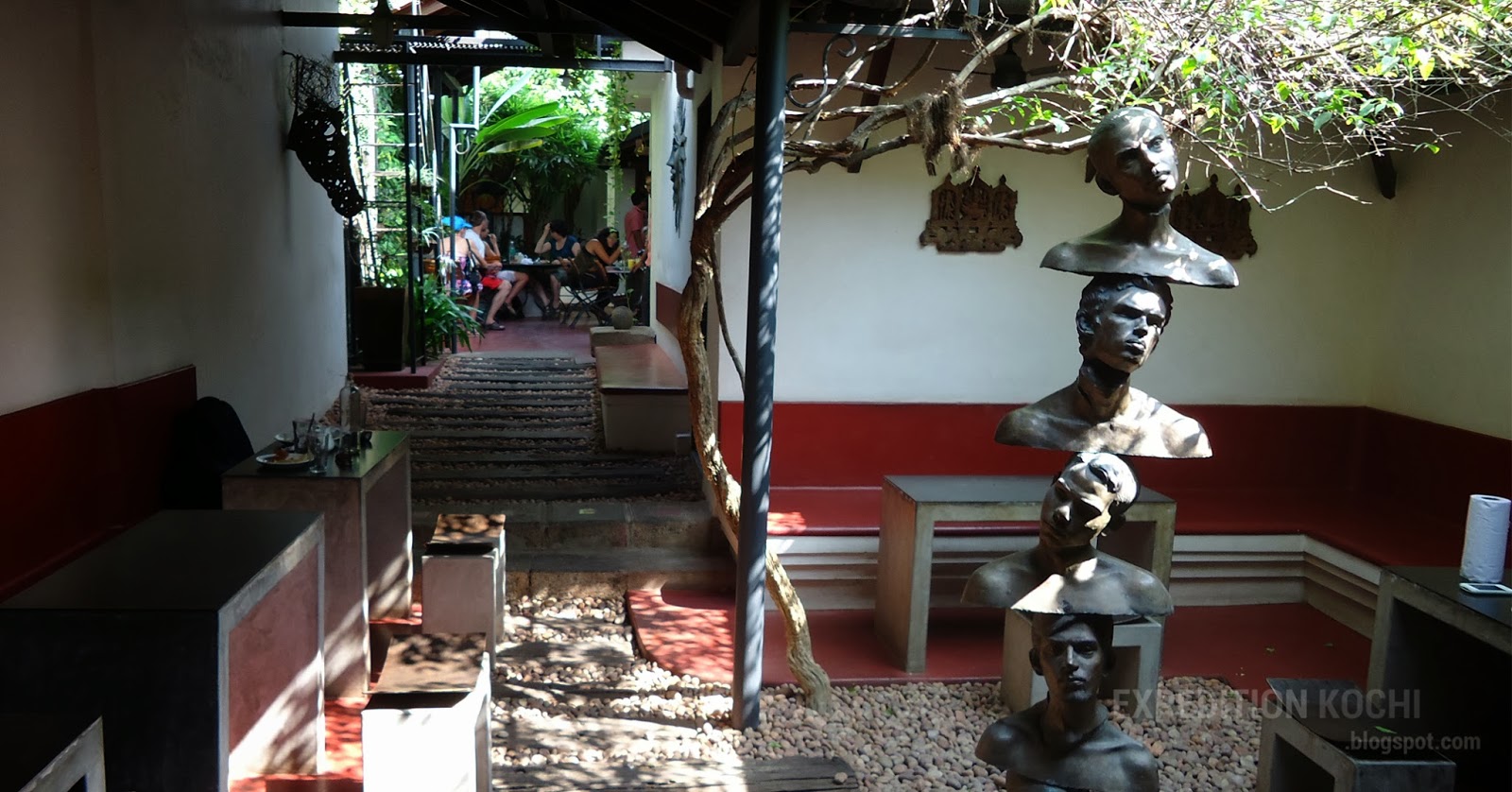 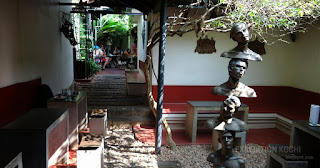 The absence of an exhibition space did not matter much to the artists who hanged out with Anoop Scaria and his brother Anand Scaria, who is an environmentalist and poet who is currently residing in Thiruvannamalai. They together made Fort Kochi their gallery and the activities their art. Before anybody was conjuring up performance art in Indian art scenario, catching the performative practices globally taking place by intuition these young dreamers were performing various acts of art aiming at a world devoid of conflict of any kind. But there were no art critics or historians to register them as art performances therefore their activities were dubbed as social and cultural practices that played up the spirit of social consensus than confrontational politics. The conglomeration of dreamers was of various feathers and colors whose faiths ranged from Zen Buddhism to radical Maoism. There were creative people disillusioned by religion and politics and there were people who were disillusioned by the revolution they had been carrying forward for long. Anoop Scaria accommodated them all or rather they accommodated Anoop Scaria in them. That’s why with the passing away of Anoop, all of them remember those days fondly than his post-Kashi establishment days. With the arrival of art business, Kashi Art Café had to reinvent itself and in the process many were deleted from the dreamers’ gang and many got added. ‘Good friends we had, oh good friends we lost, along the way,’ sang Bob Marley in his legendary ‘No Woman No Cry’.

Such excision was inevitable for the art clime was slowly changing and with an American at the helm of affairs Kashi Art Café drew the winds of change to its sails and surged forward. It was in 2005, Bose Krishnamachari curated as a part of his anti-curatorial acts a huge project titled ‘Double-Enders’ and one of the venues in Kerala was Kochi. It was not at the Kashi Art Café but in showcasing the Double-Enders in Kochi, Kashi had a pivotal role. Late Rajan M Krishnan soon debuted at Kashi with his solo exhibition, Kari Varakal, the Black Drawings. Followed by the success of Double-Enders, many artists started working in and around Kochi and five years into the new millennium there were a few new galleries in Kochi. Kashi Art Café became the hub of art activities in Kochi while the rest of the galleries played second fiddle to it, trying their level best to break into the Mumbai-Delhi based mainstream market. Anoop-Dorrie couple held the clout intact and almost became the decision makers of Kerala contemporary art. If Kashi supported you were ‘in’ the mainstream and if not you were ‘out’ of it. The grip was vice-like and it took no time for Kashi to start Kashi Art Residency and Kashi Art studios for the artists who exclusively worked with Kashi and a few Mumbai galleries. The phenomenal growth and clout of Kashi Art Café even surprised the early fellow farers of Anoop and Dorrie. 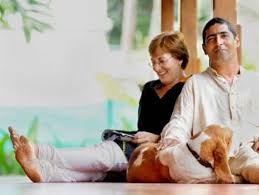 Anoop’s close friend, musician, spiritualist and current resident in Brazil, Anand Jyoti once recounted how he was astonished by the changes in and around Anoop Scaria. “When I left for Europe and from there to Brazil, Anoop was trying to do many things artistically,” Anand Jyoti told me in 2007. “When I went to Kochi with the intention to meet him, I almost found him aloof not because of unfriendliness but because of his busy schedule. There were artists queuing up to meet him, buyers coming around to discuss matters, gallerists paying a visit, foreign visitors lounging at the café. Everything was business-like and it took a few days for me to reconcile with the changes there.” Success had never gone into the head of Anoop; he remained grounded. But it was a bit unnerving to see the couple unilaterally deciding on the gravitas of Indian contemporary art almost brushing aside the studied observations of the critics and historians. However, in the dimly lit interiors of the Kashi Art Café, Anoop found time to talk to me whenever I paid a visit in those days. In the meanwhile a few other things were happening. Kashi’s success in the market which in turn had reflected in the bank balances of the artists in Kochi and other places had changed the ground realities a bit. Living cost had shot up overnight and for those who couldn’t make any dent in the market it became almost impossible to live there or they had to become the assistants of the successful ones. Driven by the Kashi engine, Kochi was turning into new fragments of guilds where master artists ruled and the assistants toiled.

A gallery named ‘Dravidia’ had shut shop before the market made it presence felt. Abul Azad, the noted photography artist and photo archivist who had been living in Mattancherry for long in his studio called ‘Mayalokam Art Collective’ had to evict himself of his den and shift elsewhere due to the pressing living conditions. To rein in Kashi’s non-stop success trail, a mirror reverse of Kashi, ‘ISHKA’ was opened by a quirky printmaker, photography artist, performer, musician and actor Joseph Chakola in Eranakulam only to live for a few shows before bringing the shutters down. Anoop-Dorrie nearly monopolized the Kerala Art scene and the ‘would be’ Biennale directors had to use the Kashi brand to push their projects as Bose’ Laboratory of Visual Arts (LaVA) too was showcased at Kashi. Anoop-Dorrie duo even used to decide the itinerary of the artists who resided in their residencies and studios. Centralization has its own bad effects and is bound to break at some point if one is not careful. Abul Azad, Anoop’s erstwhile collaborator in art projects and long-time friend notes that Anoop had grand plans and he wanted Kochi to be the Art Hub of India. It did happen as he wished but minus himself. 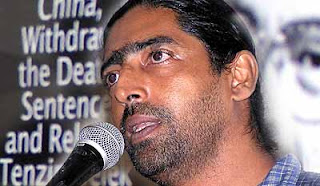 It was an irony that the year the first edition of Biennale was inaugurated (2012) the same year heralded the success run of Kashi Art Café headed by Anoop Scaria and Dorrie Younger. The celebrations were very much in the air and Anoop was implicated in a case of possessing contraband or misusing his premises for unlawful activities involving contraband. Anoop-Dorrie duo had to make an unceremonious beat retreat to the oblivion on Munnar where they had their estate. Kashi Art Café was sold to another entrepreneur and besides the name the erstwhile romanticism that it had evoked is lost forever. Was it destiny at play that made a man who dreamed of making his land the hub of Indian art got unceremoniously bundled out from the same location and another big event was in the meanwhile unfolding itself? Was there a larger conspiracy behind it? I am not a conspiracy theorist and want to believe that Anoop couldn’t excise many weeds in his premises though many of his former friends had already left the place as they became aware of their waning significance in the august company. The gatekeepers were not perceptive enough and when Anoop needed friends, I was told, many were not around to hold out a hand. Anoop made the retreat as a depressed man and a paralytic attack made him immobile; to make matters worse he was diagnosed of cancer.

A young friend who was patronized by Anoop Scaria sent me a voice message yesterday: “Sorry, I am drunk. I am disturbing you, I know. But I have to say this thing to you. Anoop was a good soul. I was a nobody in the art scene doing works with scraps of things. He took me to places and gave me a decent place in the art scene. I live in a small place with small dreams. Today I am feeling nowhere. Ever since Anoop left Kochi, things came to a halt for me. Today he is gone. I am drunk and I thought I could speak to you. I am sorry, if I am disturbing you.” I listened to the message that came in two pieces, then I typed out this: “I understand.”

Very much touching. I met him at kashi in early 90s..His brother anandh told me to meet his brother who is running an art gallery at fortkochi..I had submitted some of my drawings at him, he was happy with my drawings but he said, nowdays we r focussing to showcase only d artists who reached in a mainstream.mainstream still away from me...let me express my deep condolness ..Johy sir u wrote a significant writing on him, which many people can realize what anoop scaria was..