The Story of our Mothers- 1 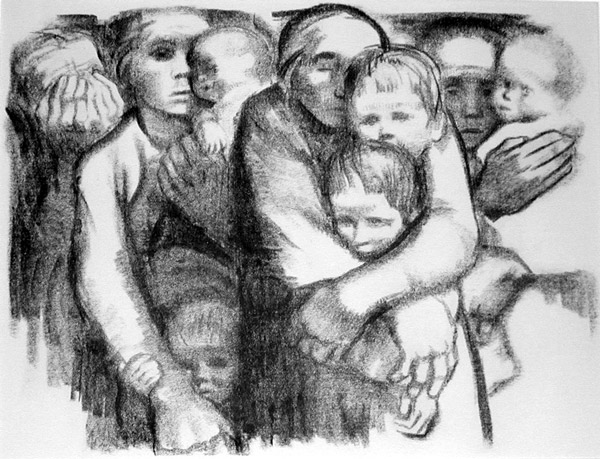 
This writing should be about all mothers, I feel. But it is not that is easy to write about mothers. They look so simple but they are complicated beings. They are caring at the same time they could be equally vengeful. I do not know too many things about the mothers of these days. They are very efficient human beings, who could juggle too many roles simultaneously. I have seen contemporary mothers who entrust their children to others’ hands and run a huge machinery elsewhere efficiently and run back to their family whenever they get time. I have seen contemporary mothers leaving everything behind to become homemakers and child carers as they find it more fulfilling than chasing a career dream. I have also seen contemporary mothers who make a harmonious balance between work and home. I do not want to say anything about those contemporary mothers who think that they are the ultimate human specimens of sacrifice and anything that stands on their way to daily sacrifice they resort to constant complaining and cribbing. I do not want to write about the contemporary mothers because they think they are unique. Mothers all over the world, in their devotion to kids and families, to work and leisure, look the same but they are different. They are different because they are different people with different aspirations and different outlooks. It is very difficult to bring them within a singular narrative of generalizations. Each case should be treated differently and should be treated with care. They are fragile as well as explosive people.

I would like to write about the mothers of my mother’s generation who look alike wherever you go. They almost look alike (one needs a pair of clear eyes to see the similarities amongst them) in their physical attributes as well as in their behaviour. Exceptions are there but those are contextual differences. Within in a given time and space context, these mothers behave in the same pattern and with the same intensity. They make an interesting case of study because they all belong to a generation that came along with the independence of India. They did not know the depth and breadth of the political struggles that had been going on all over the country, but they knew there was a person called Gandhiji and he was fighting against the mighty British Empire for gaining independence for all of them. They respected Khadi clad men and also feared their anger. They were in their petticoats then, looking at the men who went out into the streets with eyes filled with awe and wonder. They knew that their illiterate parents toiled more than their mortal bodies could take in order to bring up an ever growing family. They wore dirty clothes, helped their parents in household works or in farms, and hardly they studied at night. Like people who had lived in caves, they all sat around a lone hurricane lamp or lantern locally made out of discarded glass bottles. They inhaled the dark smoke emitted by the lamp and many of them liked the smell of it as the burning kerosene smell was like the fragrance of manna for many of those undernourished kids. They told stories to each other, giggled and pulled each other hair until sleep came in to their eyes through different forms of shadows that were playing on the walls. 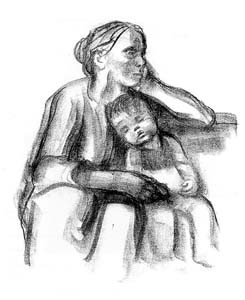 They grew up in crowded families. Their parents did not know the advantages of family planning. The very concept of a planned family was not even existed in those days. Hence their fathers coaxed their reluctant mothers into physical relationships at night after the children were asleep and they became dutifully pregnant every year. Long days of celibacy might have made the men of those times quite potent as their occasional sex yielded fruits dispassionately every year. Therefore, children witnessed their mothers becoming full with another baby as they grew up and the yearly addition to the family was taken care of the other children who were already standing on their legs not in terms of earning but in terms of standing straight without holding anything. The mothers of my mother’s generation had become mothers in their childhood itself. It was not by getting married early or by getting pregnant by frivolous means. They became ‘mothers’ to those children whom their mother had brought them to the earth. Their mothers’ job was to toil in the kitchen and deliver babies every year. There were occasions when the eldest daughters of such mothers and the mothers themselves becoming pregnant at the same time. None considered it a shame. Pregnancy and childbirth were celebrated. Imagine that scene where both the mother and daughter delivering at the same time and other girls in the same family taking care of those two ‘new mothers’ and their babies.

Things were not easy for them though. Birth rate and death rate were high in those days. Children saw their siblings dying. Mothers saw their children dying either in delivery or in childhood itself. I do not know whether the death of children had affected those women so much that time as they used to deliver kids almost every year. Apparently the stories that I have heard from women inform me that they used to be very sad but they overcome that loss very quickly. They knew that it was a masterstroke of the God. If he god calls one has to go, young or old. In belief and the ensuing trust in fate they buried their woes of losing a child and the generation of my mother learnt to live with it. However, I had heard my grandmother saying with her eyes muddied by cataract layers welling up, “had he been alive, he would have got retired from the government service this year.” In my state, Kerala, the retirement age is 55. So if that uncle of mine who had not made it to teenage, was alive he would be at least 75 years old by now. My grandmother delivered twelve times. Six of them perished. And that explains the two years age gap between my mother and her other five siblings. My mother and three other sisters were lucky enough to have survived the childhood calamities. She survived therefore I am here to tell her story. 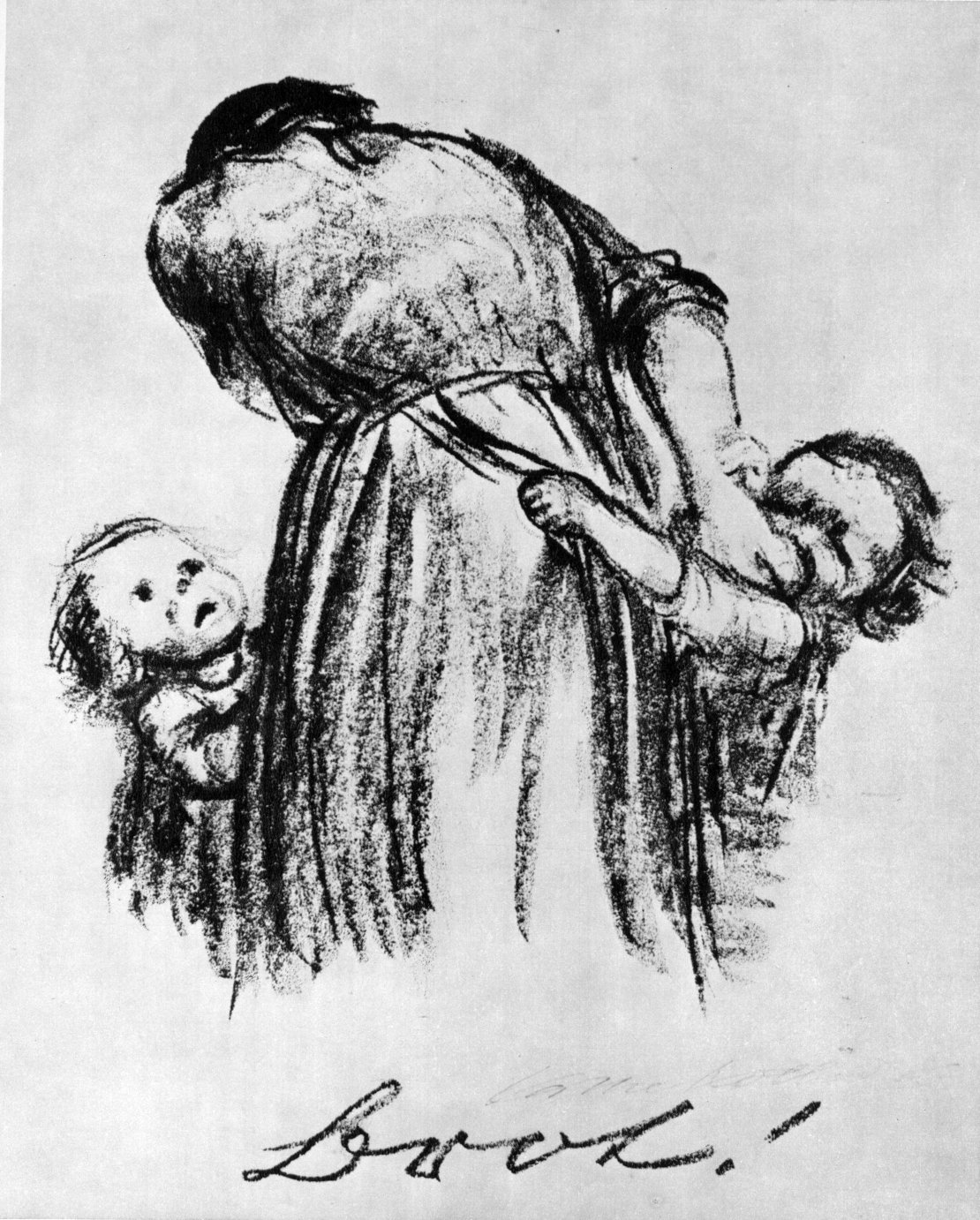 When I say, I am going to tell my mother’s story, I ask myself what story do I have about her. I have never talked to her about her life. I have heard about her childhood as she had narrated some incidents as a replacement effort for a lullaby after a painful tiff with my father or while walking through the alleys of the village where she was born and brought up, or even while meeting one of her childhood friend somewhere. Those moments had helped her to speak about her own life to us, but most of the part, I believe about our own mothers’ lives remain a closed chapter to us, however they have tried to tell us about themselves. Instead of them telling us their stories, we become observers of their lives; a sort of passive observers. We become witnesses of their ageing the way they witness our growth. This mutual witnessing is not conflict free. Ridden with conflicts of interest, in pure business terms of growing up, we go on, and we solve the issues at time through dialogues and at times through sheer fights. There is no ideal mother. Mothers are also human beings and they are also prone to all kinds of emotional and intellectual fluctuations. At times, without telling they understand everything about you and at times even with so much explanation, they refuse to understand you. Mothers are strange creatures.

Looking back each of us is influenced by his or her mother. There is nothing special about my mother or your mother, yet how different they are! The fortunate ones amongst my mother’s generation had well settled parents with established careers. They could give their children the best education possible. Those women became the first teachers, doctors and engineers of their times. But many of them did not have this luck to have educated and established parents. However, the aspiration level of the country was so high that even within the limited means, their parents wished their children to have good education. They might have been manual labourers or artisans or farmers. But they made all their children to graduate from good universities. The generation of my mother could transcend their position from being a labourer’s children to the members of a nascent middle class. We all hate our mothers as much as we love them. It may be absolutely wrong in the case of some people. But we all have those dark moments with our mothers. They sometimes grow as tall as heavens with their small gestures, but at times they could fall in our own eyes with some of their grand gestures. But we tend to forgive our mothers as much as they have forgiven us. 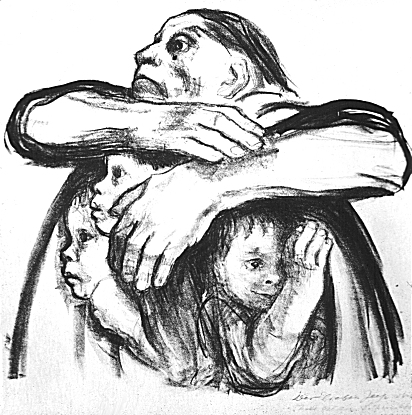 I decided to write this series on mothers of my mother’s generation when I my mother told me that she would be undergoing a surgery to remove the varicose vein from her legs. These veins have been giving her trouble for a long time and she has been postponing the surgery for one or the other reasons. She was a government servant and retired from the service as a Deputy Collector in the Revenue Department of Kerala. Many years after her retirement, she was diagnosed with all those illness that generally a woman of her age would have; blood pressure, a little bit of sugar issue, joint aches and so on. I have never imagined my mother ill. Generally most of us do not want to see our mothers ill because she has always been our source of strength. There is one place where we can run to when we are in trouble, that is our mothers’ shoulder. But it is a very disturbing thought that our mothers are ill. So I asked her whether it was too dangerous an operation. She said it was a minor thing. I knew then that it was an act of affected courage. She wanted to tell me that I should not worry. Hearing this, I began thinking about all the mothers of her generation. They all live, bring up families, keep the domestic and career front going, lose their husbands on the way, bring up their grand children and then finally die, mostly unsung. They live on as memories and photographs. I want to give them a bit more; more than mere memories and photographs. I want to capture their lives and times in my writing taking my mother’s life as a point of reference. I do not know how far I will be successful in it but I have to write because I feel that it is my duty to write this as there are not too many who are left with time or patience to sit down and write about the mothers of my mothers’ generation.
Posted by JohnyML at 10:59 PM

Dear Johny Sir,What ever you have written is absolutely true & it relates so much to my grandmother & mother.But one thing all children must assure their parents are of Moral support if not financial support & be there for them at all times, that in itself gives them enough strength to overcome anything in life.