The Death of an Artist 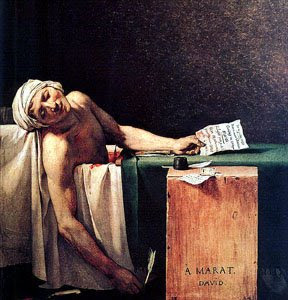 The news of his death came to all as a surprise.
His friends asked each other, ‘why, why, why?’
Nobody had an answer. He was successful. He
Recently bought a new car and then moved into
That new house in a posh locality. His stuff from
The old house was packed and moved by the professional
Movers and packers from a reputed gallery. They
Themselves arranged the house as per the directions
Of the well known interior designer, who was his friend.
Since then, I know, my late friend was sad and silent.
Only I know the reason behind his death. He had poisoned
Himself. Postmortem report too said the same thing.
But I know why he poisoned himself. In the new studio
He looked for his palette, he could not find. He looked for
His brushes and he found them in a neat and clean row,
Which he hated. He wanted his music and found them
Well stacked in a shelf and he disliked it. He liked to read
His books and found them arranged in the drawing room
In a glass case without keys. He desired his girlfriend
And found her sleeping in his bedroom with a stranger
No different from his own self, but cleaner and softer.
Then he walked towards his old studio and as you know
He was found dead in an empty room with a vial of
Rainbow in his left hand. The doctor who performed the
Postmortem said, “it was still raining in his heart and
There was sunlight inside his head. And inside his
Right hand, he still had the blueness of a peacock’s dance.”
Posted by JohnyML at 4:14 PM

the bird in a golden cage is still a caged bird....

Peacock dances at the edge of the world..so do the artists