The Sexual Life of an Art Critic 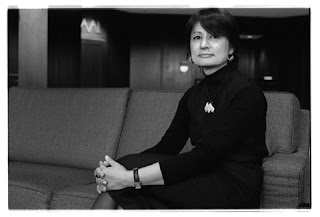 “What a tremor before it, and what a feeling of nothingness after.”

Finally I get a copy of ‘The Sexual Life of Catherine M’, an autobiography, a volume of intimate confessions sans regret or guilt, from a bookstall at Changi Airport, Singapore. I was not particularly hunting for this book. But in my mind the desire to have a copy of this book was always there since I got introduced to it in 2002 through an article written by the veteran editor, S.Jayachandran Nair, who was instrumental in making me one of the widely read journalists in Kerala.

For those who are familiar with the international art scene, particularly the art scene of France, Catherine Millet is a familiar name. She is an art critic, curator and editor. She edits the magazine, Art Press and she was the curator of the French section of the 1989 Sao Paulo Biennale and the French Pavilion at the 1995 Venice Biennale.

As the title shows, this book is all about Catherine Millet’s sexual life. An art critic’s sexual life need not necessarily be interesting as that of an artist, who gets more opportunities to bed and get bedded. However, Millet’s life is more exciting, exalting and exhausting. While you read this book, from the dark recesses of your mind, carnal instincts raise their hoods, they capture you by force, throw you into a realm of desires, torture you holding between the crushers of ‘good’ and ‘bad’, wake up the sado-masochists tendencies lie dormant in you and it shakes up you thoroughly. It is a life told with crystal clear transparency. It is all about her life, sex and sexual adventures.

I cannot take my eyes off from the pages of this book. During the five hours of flight, my mind is as aroused as sexually desiring body. The pages move fast as if I was exploring the bodily secrets of a virgin. Each word simulates the curves of a virgin body, voicing the hushed up groans. ‘Fasten your seat belt. We are passing through a turbulent weather,” announces the flight commander. I realize that I never got time to unfasten the belt. I have already been going through a turbulent weather.

Men come and go. Millet does not know who these people are. But she knows their organs penetrating her, their desires caressing her, their perversions making her an acrobat of passion. Each of her bodily pores is filled with the unbridled heat of these men. She remembers, may be forty seven of them, but they are innumerable, artists, art students, strangers, friends, art critics, musicians and they are as varied as their career and tastes.

In the well stocked library of the Goldsmiths College, University of London, for the first time I came across a women who was more or less like Millet. I was searching for Millet and I chanced up on Anne Sprinkle. It was in 2002, the same year, Millet work was translated from French to English.

Anne Sprinkle was a professional sex worker in New York. She would have ended up as one of those hapless hookers, but with her sheer grit and love for life, Sprinkle raised her position as a ‘Love Guru’ or ‘Sex Guru’, but a serious one without exotic frills. She obtained a doctorate from one of the universities in the US, in sexology.

Looking for Millet and Anne Sprinkle in 2002 took me to a video, which made me cry. I forgot the name of that girl who was ‘performing’ in that video voluntarily. Coming from some South East Asian country, this girl’s interest was to have sex with maximum number of men. She organized this performance and several young men turned up to ‘screw’ her.

In the video I saw these men standing in a queue, waiting for their turn to fornicate her, while she opened her all bodily openings for sexual entry on a platform set up in the middle of the hall. She received them one by one, at times several at one go, front, back, mouth, ear, hands and wherever imaginable. She left the stage only to take a leak. The documentary showed her having sex with around 500 men. And it was declared as a world record.

However, she is repentant in the video. She goes back to her country and meets her parents. She has told them that she is working in a medical facility in the US. Later she confesses her acts to her mother. The mother is shocked. She hugs her. And she cannot even cry as she could not understand the magnitude of her daughters ‘act’.

My research went on to find out more people who have done it and I did find a few more videos with women showing their sexual prowess with innumerable number of women. But I was not interested as those videos and the women featured in those were slipping into the realm of pornography.

Catherine Millet is not here to prove anything. She just goes on with her experiments. She loves her body and mind. She detaches herself from the act and sees it objectively. She is a participant and a voyeur at the same time. She has read Georges Bataille to prove her point, but then she grows tired of philosophizing her act. She is just candid about her experiences and experiments.

The book could be read as pure pornography and one can derive sexual titillation from each sentence. But for me, it is not about pornography; it teaches me about my carnal desires, its depth and breadth. It gives me an opportunity to have a re-look at the ill and well tested abilities of my sexual life.

Millet likes to have sex in open places as much as she likes it in closed rooms. One day she was having it in a forest area clearing by the roadside. She was pinned up on the bonnet of a car and her partner was on her. Her eyes were closed, body and mind completely concentrating on the constant hammering inside her. Suddenly she felt a piercing light on her eyes. She opens her eyes and sees that they were under a flood of spot light. She was not sure whether it was the light of a four wheeler or a two wheeler. However, she refused to acknowledge the presence of that light and continued with their act. She says it was one of the most pleasurable moments in her experiments as she did not know it was a voyeur watching over their act or someone accidently caught them in the act and got frozen by the vision.

“You looked very tender when you finally came.”

I wish I could write something like this about my sexual experiments. But then in our middle class morality, it would sound too blasphemous. Hold on, for a moment, I feel Catherine Millet’s writing is pure fiction and she never tells which part is fiction and which part is a figment of her imagination.

In the world of imagination, I feel, we all share Catherine Millet and her life in one or the other way. Between the coyness and bold action there lies a subtle area of repression. Once you break it, you are free and you see yourself in all the possible angles, perhaps you never knew that you could bend your body like that little Chinese gymnast.
Posted by JohnyML at 11:25 AM

The bold Catherine Millets has indeed picked up a sensational topic to write upon. But otherwise how is her life different from her contemporaries? I think one has to read the book for first. But still a good review for both , those who are looking for a pornographic read and those who wana understand its essence 

.....i am not a writer and my english is also poor, But i think all our negatives in our bodies are released through sexual encounters..... and thats what cathrine millets or the other girl from south east asian country has encountered
i have not read the book , but i will now that i am aware about it. jonhy, write something on twin souls, i want your take on it.. cheers
Anger, greed , ego, pain, suffering, are all released during sex for both men and women to feel TENDER.