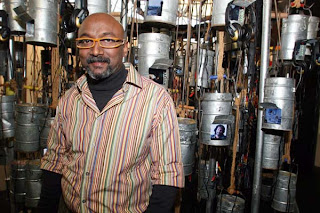 ‘Paalu Kaachu’ literally means ‘boiling the milk’. A newly built house is consecrated by boiling a pot full of milk in the new kitchen, till it spills over. Once the milk is spilt all around the stove, the house is deemed worth living. The invisible gods and goddesses are appeased by this baptism by milk.

‘Pura Vaastubali’ is a bit more specific as it is all about the rituals and ceremonies related to the consecration of the newly built house. It is believed that all the eight corners of the new house have eight different gods as residents. They have to be worshipped and appeased first before the man makes it his own abode.

However, I don’t think, except for the Tantric practices, anywhere in India, women are worshipped as a part of the consecration of a newly built house.

May be we think the other way round now, “Yatra Devatastu Pujyante, Tatra Ramante Naari’. “Where Gods are Worshipped, there reside women.”

Now it looks like a passing thought and a digression. My idea was to talk about the house warming of our friend and internationally acclaimed artist and curator, Bose Krishnamachari at his ancestral property at Chemapakasseri, Mangattaukara, Angamali in Ernakulam District, Kerala.

When I write this piece in Delhi, the house warming ceremony is on there in Kerala. I am not attending the ceremony though I really want to be there just to feel the festive mood of the artists and friends. It is unprecedented in several ways. On the one hand, for many Kerala artists, Bose is almost like a mentor and on the other, Bose’s contributions in the Indian contemporary art scene have been acknowledged and accepted by the art loving populace of Kerala. Hence, this house warming ceremony is a point of celebration for many of the friends. Above all, Bose has made this very private affair into a pubic one by inviting all his friends to attend the function.

I should talk about the house now as it is a first of its kind in Kerala. I was there in two different occasions, first while the building process was on and second when the building was in the process of completion. Second time, Bose was consulting a nursery manager for planting right kind of plants along the drive way to the house.

As I said, this house is built in a village called Mangattukara, in Angamali, which is a few kilometers north to the famous Ernakulam/Kochi. From Angamali Public bus stand, you take a left turn and suddenly the landscape changes into the lush green of paddy fields. There are water bodies on either side of the muddy road. Cranes walk amongst the paddy fields looking for small fishes and a gentle breeze makes the paddy to wave their hands at the visitors in the car. If you are too sensitive to the rural beauty, hark, you would listen to the notes of flute played by some shepherd boy hidden away by the thickets across the fields.

The roads splits into two at one junction and you ask a passer by about the direction for Mangattukara or Bose Krishnamachari’s home.

“Our Bose’s home…!” he would exclaim and then show you the way.

“Our Bose”, I like that. It is a recognition desired by any artist. This village is proud of its famous son.

I imagine Bose Krishnamachari as a young boy, playing with discarded cycle tyres along the muddy path. While playing with it, he imagines himself sitting in an aircraft, flying above his village, watching over the deeds of people down there. A dark little boy, listening to the political discussions taking place at his non-descript home where his father presides over the party meetings. A little youth who draws posters and portraits of political leaders. A little disturbed youth acts in existential plays with friends. He falls ill one day and the illness prolongs for a year. Lying in the bed, this young boy in his late teens imagines places that lie beyond the small Mangattukara. ‘One day, I will go all over the world,’ he whispers to himself.

Yes, as an established artist, Bose travels all over the world. He spends endless hours in transit lounges, reading, sketching, planning and smiling at his own growth from a Mangattukara Payyan (lad) to one of the biggest Indian contemporary artists.

After a few right turns you take a sharp left and it takes you to Chempakasseri, where Bose has built his new house. There are several concrete houses (terraced houses in local parlance) on either side. The traditional thatched or tiled houses are not seen any more. Bose’s new house cannot be seen from the road as it is in a plot filled with medicinal trees and plants. “It is my ancestral property,” says Bose humbly.

From the raised mud mound on the right side of the property, one can see the new huge house designed by Bose himself. From this angle it looks like a gigantic serpent sitting proudly under a thicket with its raised hood. The eyes of the snake are emphasized by two small windows covered with stained glass. This is an obvious reference to the traditional Kerala belief that the godly serpents reside inside ‘kaavus’, thickets of medicinal plants.

The pillared reception area is a post modern replication of ‘kolaya’ where traditionally people sit and attend visitors, discuss household matters and air themselves on a hot afternoon. On the right side wall, there is a huge mural painted by the artists from the Mural Painting School in Guruvayoor.

A huge door leads to the main room of the house with a tall roof with glass coverings that let a lot of natural light in. There is a small water body in the middle which has water lilies growing. On the right side there is a kitchenette and there are other four spacious rooms around the central area with state of the art facilities. One of the Ghost Stretched Bodies Object works hang from the roof, suddenly bringing in a contemporary ambience to the space.

There is a flight of stairs on your left that leads to the first level, which has a huge rectangular hall on its left. It is a drawing room-guest room-movie hall. Sophisticated projection systems and Dolby Sound systems make this room a cozy viewing room. There are two other rooms in this level, whose walls are painted in luminous colors that resemble Bose’s paintings. There is an open space in between and it gives a view to the garden of medicinal plants just out there. The second level opens to a terrace that gives a view to the surrounding areas filled with greenery.

According to Bose, this house is a place for art and life. May be he is not going to stay in this house throughout the year as he has a house in Mumbai and also his work takes him all over the world during the major part of the year. His brother and family would be living here as permanent residents though the house is open for his friends, curators and international visitors.

Perhaps, this new house is the first stepping stone towards the proposed Museum of Contemporary Art by Bose in Aluva, a few kilometers south from here. Bose would initiate the building process very soon and he is planning to do all the operations from this home, which looks more like an ‘art home’ than a ‘residence.’

It is something special for Kerala. Artists are coming back to make their homes here. Shibu Natesan has already built his residence-cum-art ashram (in my terms) in Attingal, a small town near Trivandrum. Jyothi Basu’s house is being built in Guruvayoor, Thrissur. Rajan Krishnan is making his art abode at Irinjalakkuda in Thrissur. Raghunathan has already initiated the building process of his studio-cum-residence-cum-paddy field near Kakkathuruthu. In Trivandrum painter George has a beautiful house designed by Shankar, a disciple of the legendary architect, Laurie Baker.