A Chance to become Jesus Christ 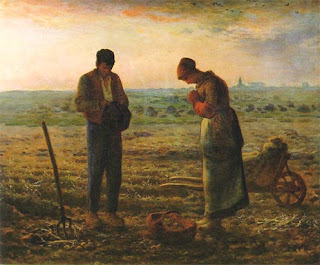 Christ performed wonders. He fed five thousand people with five pieces of bread. He converted water into wine. He performed magical acts because he had to convince the doubting people around him. Then he became the bread itself and wine too. He chased the speculators away from the temple of his father, God. He walked with the poor and the suffering. He neglected the invitation of the rich and went to receive the humble offerings of a prostitute.

In childhood he learnt carpentry from his father. When he grew up he learnt about the exile of his parents, he became conscious of the political structure, he understood how the corporate of that era functioned, how the money launderers and speculators played in the market. As a rebellious youth, he went out to learn the reality of life, he went into the forests, walked up to the hills, he suffered from his internal conflicts and he could overcome the temptations of the body. He came back to the town, educated with experience, enlightened by religio-political thinking. He worked like an artist, an artist who could re-draw the destiny of people. He went to the fishermen and asked them to follow him so that he could make the capturers of human souls. He was a great artist. He was a performance artist and he filled each of his acts with convincing symbolism. His final journey was the ultimate performance of silent suffering. Then he came out of the cave where his mortal body was confined. He was the ultimate artist.

In the airport, almost ten days back, on my journey towards South, I entered one of the eateries and ordered a cup of coffee and French fries. They charged me hundred and twenty rupees for that. When my token number was called I went to collect my food at the counter. To my shock I found the French fries packet contained around 15 pieces of potato, which in total hardly weighed fifty grams. I remembered ordering a packet of French fries at a Macdonald outlet in Delhi. They too had charged me around hundred and twenty rupees for the fries, a burger and a medium cup of cola. Then I went to a vegetable market and asked for the price of one kilogram of potato. It was ten rupees per kilo then.

George Bush Jr., former president of the United States says the hike in food price is caused by the erstwhile third world countries like India. People in India eat too much, he found the reason. Yes, we produce potatoes and the corporate houses based in the United States of America process our potatoes and sell it back to us for phenomenal prices.

I want the intellectual community including the artists to become Jesus Christ, great performers. I ask them to start farming and agriculture. Establish co-operative chains and food outlets in cities, airports, small towns and villages and sell food for affordable rates. Art cannot change society, but artistic acts can. Jesus Christ did this.

When my young artist friend Reji Arakkal recorded a series of interviews of local farmers and showed it to me, I asked him to extract one interview of a thirty two year old farmer from Vynadu district in North Kerala, who has spoken so well about his agriculture strategies and criticized the corporate houses for patenting seeds and introducing genetically modified seeds. He is a school final pass farmer. But he speaks of the issues of agriculture much better than any agricultural scientist. I asked Reji to show this thirty minutes interview, subtitled in English and show all over the world. People have a lot to learn from such inland farmers. No public art, no performance art, no gallery based art can address the issues as effectively as this simple farmer’s observations. “Return to earth that is the only way to save ourselves,’ this farmer says.

On this Christmas Eve, at 11.42 pm, I imagine all my artist friends spending part of their creative time in agricultural lands. Many artists in India have already started thinking in these lines. They are all on the way to become Jesus Christ. Yes, minus the Cross. The symbolic cross is carried by all. No need to receive flagellation while carrying a wooden cross.

I say this because, many of the public art performances, site specific art making, science related art production etc started looking like primary school level science exhibitions- innocent, naïve and almost stupid. Only parents would take pride in such activities of their children.

A friend of mine asked me, ‘any new year resolutions?’ Then she corrected herself, ‘oh, it is a cliché. Resolutions are taken only to break them in a few days.’

But I think, I have already taken my New Year resolution. I am going to talk to all my artists friends to become Jesus Christ and I will play the role of John the Baptist, one who walks before and humbly accepts who is not even worthy enough to carry the footwear of those who are coming behind.

I am going to go to the places in India and ask the people what contemporary art has done to their lives. And I am going to come back and tell my friends, what they people have to say about their contemporary art. I am going to participate in small little activities that would help to make human lives worth living, of course using art and art critical mediation as my tool.

All these are done through the funds created by art and artists. I am just a church, artists have to become Jesus Christ. And there would be no Pope in this holy city of human beings.
Posted by JohnyML at 12:05 AM