Failure of Indian Contemporary Art during the Times of Terror 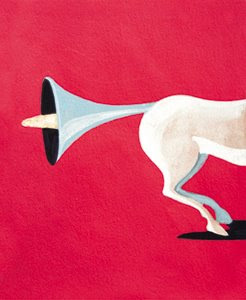 One week has passed since the terrorists’ attack in Mumbai. Like any other citizen in this country, everyday I watch television news and read newspapers to keep myself updated about the Mumbai incident. They say, Mumbai is getting back on its feet. Mumbai is picking up pieces to put once again back to the jigsaw puzzle, which is otherwise called life. And in Delhi people conduct candle light vigils. It takes no time to convert a tragedy into theatrics, death into spectacle. Perhaps, every tragedy has got an aspect of theatricality embedded in it. Even a death occurred in privacy and silence has got an unrevealed spectacle in it.

As an individual working in the field of fine arts, my interest, all these days, has been in locating the reactions of our contemporary artists, especially those residing in Mumbai. For me, Mumbai artists are very special people. They live in the financial capital of India. They react to the global incidents more vehemently than the artists living in other parts of India. They are much sought after people not only in the financial market but also in the entertainment market. Their opinions are religiously sought on social issues including fashion and life style. Their opinions hold a lot of weight. They may not be born Mumbaikars. But they are Mumbaikars by choice, if not by fate.

During the days of terror, I reached out to the artists’ fraternity in Mumbai through emails, sms, chats and telephone calls. “I was there at Taj, couple of hours before the incident,” someone mumbled. “Thank God, we are saved,” someone heaved. “We should congratulate our commandos,” someone thumped. “Fine…but,” someone stopped in apprehension. “Things are okay. But how long?” someone expressed the doubt. Individual reactions vary in such situations but they all seemed to be shaken.

For the artists’ fraternity, ‘Mumbai terror’ is the second terrorist attack in three months. The first attack came in the form of market slump. That came through the stock exchange tickers showing continuous falling. The second one came through the sea route, heavily loaded with arms and ammunition. When the market collapsed, the artists were asked by the media, ‘What do you feel?’, ‘Do you think it is going to last?’, ‘What exactly happened?’ ‘Could you suggest a solution to come out of this?’ ‘Was this market just a bubble, if it could just burst like that?’ ‘How are you going to face it?’ ‘What kind of correction are you proposing?’ And the artists did give intelligent and sensitive answers.

I surfed all the television channels, browsed through all the newspapers just to see one reporter asking similar questions to the artists in India. Leave that, why all the artists, at least the artists who live in Mumbai. I thought I might have missed some news item, some newspapers, where artists appeared to comment on the terror situation in Mumbai. So I called several of my friends to do a quick research for me. All of them came back with one answer: ‘None is asked.’

I would be distorting the fact if I say artists did not feature in news items during the days of calamity. Delhi based senior artist, Anjolie Ela Menon was contacted because her son was in Mumbai on that fateful day. Iloosh Alluwaliah, a Delhi based artist was contacted by the newspapers because she had her first ‘solo show’ in Taj, Mumbai, several years back. She is shocked because ‘she decided to have her solo show in Taj as she came to know that Amrita Sherghil had her solo show in Taj, Mumbai in 1940s.’ In Mumbai, one artist was contacted by the media. I forgot her name, but my friend told me that she was an interior designer and ‘artist’. Well….

I don’t want to criticize our artists because I know that they are not silent on this issue. Unfortunately, they were/are not asked to express their opinions regarding the Mumbai incident. This provokes me to ask some questions to myself. What is contemporary art for the general public? Does the general public consider art as an integral part of their lives? Why do the media contact only politicians, film actors, tele-serial actors, social activists, dancers, singers, film directors, theatre personalities, designers, architects especially when it comes to the incidents like Mumbai Terror? If media represent the pulse of the society, what does the erasure of artists’ voice mean at this point of time? Why did the same media that went gaga over the market success of the artists choose to keep a selective silence on their presence during the Mumbai incident? Does it show the failure of Indian contemporary art in reaching out to the public?

I raised my doubts to a couple of very important Indian contemporary artists. One of them told me by quoting David Sylvester, “the moment art talks more about money than aesthetics, just be sure it has lost all its value as art. It no longer caters to the public. Even if it talks about public issues, the public just does not want it to talk about its issues. Perhaps, art is the last thing people are bothered about.” The second one said, “Our artists have been painting, sculpting, installing, photographing, video-graphing public life and its problems for long time. During the moments of crisis, if people are not remembering it, I should say, the art has failed to remain in their minds as things that evoke powerful responses. It is surprising to see that not a single artist was asked to react on the Mumbai incident by the media, nor did they discuss any contemporary work of art that almost dealt with the issues of war and terrorism.”

Let me take the example of the show titled ‘WAR’ curated by Shaheen Merali at Bodhi Art Gallery, Mumbai. Bodhi is located at Kalaghoda, which is a few minutes away from Colaba where all these unfortunate incidents took place. This show with national and international artists, was all about terrorism and war. Not a single television or newspaper reporter referred to this show as a discursive platform where the Indian artists brought in their thoughts about war and terrorism. The reporters were ‘filling in’ us with the references from the Bollywood flicks that made use of ‘terrorism’ as a theme. They did not forget to mention ‘Shootout at Lokhandwala’ but they absolutely forgot to mention the WAR show. Does that mean Shootout at Lokhandwala could reach out to people and the WAR show could reach out only to a few interested parties and party hoppers?

In Mumbai we have an important artist, T.V.Santhosh. This man of very few words has been consistently working on the issue of war and terror for the last six years. His works have been internationally discussed for their thematic gravity. T.V.Santhosh’s name is always taken up for discussing the art market’s ups and downs. When his works fetch higher prices in international auctions, the media go crazy discussing his ‘value’. But when the actual terror struck Mumbai, he was not asked for a single comment. I have not seen his name anywhere in the newspapers. I have not seen his interviews in television channels during or after this calamity.

I can take any number of names who have articulated the issues of war and terror- Atul Dodiya to Baiju Parthan. Bose Krishnamachari to Pradeep Mishra. Jitish Kallat to Amar Kanwar. Shilpa Gupta to Tejal Shah. Why these artists were not asked once, what do they feel about the whole situation? Have their art failed in reaching out? Or the market has done such an overwork to take the works away from people?

Do the media discuss art and artists only when they have market value? Now the market is down. Has the media’s aversion for interviewing artists at this moment been dictated by the market factors? If so, shall we say art has become just money. Only money nothing else?

If they need to care…they should be brought into it. Mumbai incident shows that Indian contemporary art is an insular world, manipulated by twenty, played out by two hundred, followed by two thousand and cursorily looked at by maximum a twenty thousand people. Man, that is a pretty silly number considering the two billion population of this country.

What should be done (by the artists)? As Lenin said, the artists should make a very clear stance on their alliance- whether they belong to the people or to the market.

Being in market is not a problem. But becoming a market in oneself is.

Theodore Adorno said, there is no poetry after Auschwitz.

I say, there cannot be same kind of contemporary art from Mumbai after 26/11.

After a few months, if some Mumbai artist comes up with a work of art that refers back to the 26/11 incident, mark my words, he/she will be the biggest joker of the century.


(Illustration is a painting by the Delhi based artist, Manjunath Kamath)
Posted by JohnyML at 12:12 PM

Many artists are indeed of 'few words'* and how they feel about something is usually expressed in their images.

Perhaps many are working on pieces that articulate their shock and outrage? Or even an artwork that returns hope and inspiration?

Being a rent-a-quote is not for all.

*Re artists of few words: not me, though!

"There are times when silence has the loudest voice”. Contemporary art-India.

I fully agree with you johny, sply your closing note.
We the artists by simply representing/repeating an incident should stop behaving like terrorists ourselves. Instead of further fueling this blistering fire with our stylistic imagery, we must also behave like hydrants or shock absorbers to the evolution of the hard dry world. Really liked the letter to your muslim childhood friend that you posted a few days back, remembering the eden...
all the best
"yes we can"

that's great, johny ! i'd always thought that in mumbai, or delhi or bangalore, in other words, anywhere outside Kerala, the whole society held the artists in the greatest of esteems ! and, for three days, i too, kept out a watch to see an eager microphone thrust before a member of the artist community. so, its not only in kerala...

Media is only worried about opinion of film stars who themselves don’t have much to say. Sadly, the media keeps referring back to their spectacle in the time of crisis, because they seem to confuse with the language to analyze the crisis at hand

Mainstream cinema already exists with the idea that India means metro and problems related with people there, far removed from the common man. Beside, I agree with Amirta that art is seriously very far away from most people here in India. If the artist are reflecting, the media is ignoring, there seems to be no convergence of information so that it could reach the viewers.

Loved the Theodore Adorno quote; sadly, Spielberg did that with his film, and we create one everyday with news channels.

i am a calcatta based artist, here artists are interviewed/bites are taken along with other personalities like filmstars sportsmen/women politicians.most importantly after 34years of left regime the 'change'was instigated by a group of people among whom there were several artists ! artists were extremely active after certain state generated genocides and brutality at several rural areas.