The Flag is on Fire: World Without (barbed) Wires 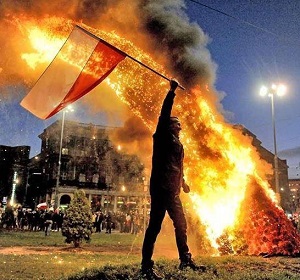 Tomorrow I will celebrate India’s 68th Independence Day. Does that mean anything to me? I do not know. The enthusiasm that I have been showing all day in getting things done for tomorrow’s celebrations, as a disciplined party worker amuses me quite a lot. I have never been so enthusiastic about Independence Day. Once upon a time, when I was in school, on the day of Independence celebrations, we went to our school, hoisted the flag, wondered at the way color paper pieces and flowers came out of it when it unfurled up there and enjoyed the free candies. Headmaster spoke of the relevance of our Independence and the resident poet of our school, an elderly gentleman who handled the affairs of library too recited a poem that he himself had written for the occasion. We took pledge in the name our country and once again reiterated our allegiance to the land of our birth. Then the marching tune led us back to the class rooms from where we dispersed ourselves into thousand little pieces of white and khaki and green, little whiffs of coconut oil smell, mirth and laughter. That was the Independence Day for us.

I look at Nationalism with doubt. In fact I do not believe in any kind of nationalism/s. I am a proud Indian. That’s true because for the time being I carry an Indian passport and have not left the Indian shores for better opportunities in life. However, as I have travelled enough, have seen the world in different perspectives and take a lot of interest in universe without borders made available to me by the world wide web I do not claim myself to be an Indian. I could be living anywhere at any given point of time. Sometimes I live in Alaska and sometimes in Atlanta. Sometimes I am in Kochi and at other times I am in Kachani. I live in a small village but when I am at my computer world lies just next door. It is one click away and could be seen through another window. As I live a life like this, like many others in the world, why should I be exceptionally interested in the country where I live? I understand, as I have developed this sense of wisdom, that people in any part of the world feel the same pride for their country. As everyone is so proud of his or her country, there is no point in saying that my country is better than your country. There is a rich life in every poor country and there is a poor life in every rich country. There are no countries in the world where human rights are not violated. Hence, I need not feel particularly proud of any country. As I need not be particularly proud of any country, I do not think that I should be so proud of my own country. 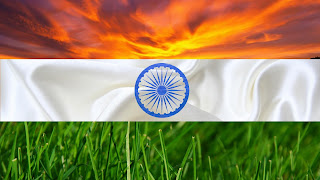 I like my country. That’s it. It is exactly like the way a fish says that it likes an ocean. A fish does not say that it lives in Arabian Ocean or Indian Ocean. It lives in an ocean. We call it Arabian ocean or Indian Ocean. A fish does not feel or see the difference. The Navy forces of different countries may draw lines on the water and say that our territory ends here and your start there. But a fish easily swims across these lines without heeding to the protocol issues. I am like a fish in the ocean. Even if you say I should be proud of India, I would say I am proud of being an Indian at the same time I am proud of being a Pakistani or Bangaldeshi or a Sri Lankan. What difference does it make to me? You have made so many rules so that I cannot just travel to the other part of the world. If not what would stop me except my own routine habits and laziness? You have given me a map and a flag. So I am supposed to believe in both of these symbols or emblems. What I am going to do with these symbols? Now, you make war with the other country and you ask me to support you? Why should I support you? In the war you kill human beings and they also do the same. What is the use? Can you get the life of the people who have given their lives in the wars if I kiss my national flag or map? Will my pride on these things make any difference to the dead people? Like fish in the sea, dead people also do not have any particular country. They belong to everywhere. They belong to the universe. Nobody ask for passports when they step into the other world of existence. There no map no flag make any sense. What makes sense there is the utter senselessness of things. There is no thing-ness of things there therefore nobody is attached to anything. We are attached to maps, national anthems and national flags.

If I say this, you will call me a traitor. But I am taking the risk. An ordinary person speaks only truth. He cannot speak anything other than truth. I love my country exactly the way I love other countries. I love my people exactly the way I love the people all over the world. If that is the attitude then we can withdraw the soldiers from the extreme conditions of the borders. What is the use of those soldiers when we all love other people? The world is determined by economies and power. When power comes to play love ceases to exist. Suddenly a map is drawn a flag is hoisted. Then everyone is asked to hoist a flag whether you like it or not. I am not particularly attached to my flag or my map. In the world of universal brotherhood where I would like to live the rest of my life, I do not find any reason to hold these things high. But the world does not work the way I want. So there is question of colonization and therefore the relevance of an Independence Day. If I say I do not want to celebrate the Independence Day of my country, some people may ask me to leave this country and go elsewhere. When I am already living elsewhere how can I go elsewhere? I am not a traitor even if you feel so when I say all these things. I happen to take birth here and it became my country. I happen to be born in a Hindu family, so I happened to be a Hindu. Given a chance I can change both and if no chances come I can even make one. However, human beings grown some kind of comfort level with the surroundings they are in. My being an Indian is just a comfort level, nothing more nothing less. Then you may ask me to go and live elsewhere and seek job elsewhere. My question is, why should I? Here I have some comfort level so I live here. We shop from certain supermarkets; that does not mean that we need to celebrate that super market each time we go there or even think of it. 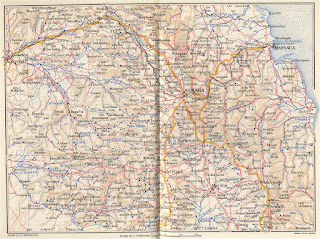 If someone burns the national flag before my eyes what would I do? If someone defiles India’s map what would I do? These questions may be put to you in order to prove your faithfulness to your country. If you are living inside a movie you will jump on a burning flag and save it at the cost of your own body and the resultant burn injuries. You would sacrifice anything for your woman and your nation. Nation and woman are not different, they say. It is ironical that most of the times, despite all the tall claims regarding the equation between woman and nation, people tend to molest women and leave nation alone. Politicians molest both women and nation. So I do not know what I should do? What I know is a simple thing. If a map is defiled, if a flag is burnt before my eyes, I will consider it as the foolish act of some illiterate (because it is not necessary to burn a flag to provoke someone to nationalism) and walk off. Only those people refer constitution for anything and everything, would jump on a burning flag or would pick up a fight with strangers for momentary reputation. I am not living inside a movie so I don’t need to jump on a burning flag. I can walk off. But if my woman is attacked in front of me, I would turn into a monster. I will kill that person. If any woman is molested before my eyes, it would be the same. I would like to do the same for my nation. When I see my country is being molested by the people of this country in the garb of politicians, I want to kill them. But I can’t. I want to do something that’s why I am in politics.

However, I find it really funny when I do all these things to hoist a flag and commemorate my country’s Independence. True that it took a lot of years and a prolonged struggle to gain independence from the colonizers. But what about today? Are we really free? If we are not free what is the point in celebrating the Independence Day? I ask myself while I go around with the preparation rituals for tomorrow. I did all what I could do for celebrating the Independence Day. I did all as if I were in a trance. I do it all for myself for the first time not because that suddenly I became a nationalist. But because I realized that there are so many people in this country who think at least for a day that they are all independent. I want to share that illusionary happiness with those people who believe that they live in a free country. Some time it has some palliative effect. We should not prevent people from having a day’s relief which otherwise they get only when they watch television serials or war news from the borders or watching live cricket between rival countries. Displaced pain is as good as slow death. Eventually it is going to happen. But it is good to make people feel good about the nation that they believe their own. Let them have it. I do not think anything else. I will not be feeling especially elated when the flag goes up (if at all I would feel excited it would be by looking at the crude technology that we have used in hoisting and unfurling it) tomorrow. I will not be feeling so good when I recite the national anthem tomorrow. What I believe is that given a chance I could sing the anthem of any other country provided I live there for long and start feeling that it is my home. I feel at ease when I browse through the world wide web. I could laugh off false nationalisms and wars. But in the real life, one cannot. I would like to undo all what I have done today. But tomorrow morning I will go and hoist the flag and would feel happy about it. I would say unto myself that at times symbolism helps. And also I would be happy to get photographed with my friends who perhaps think absolutely different about the Independence Day tomorrow.
Posted by JohnyML at 12:04 AM