An Off Day Game: A Film for/of Our Times 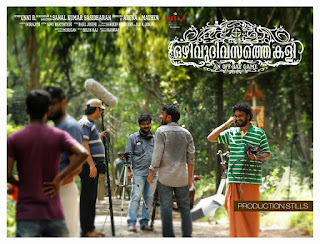 (An Off Day Game publicity still)


Time-1970s. Location- A local reading room in Kerala. Camera-Start-Action. Five young men sit around a table and discuss Kafka, Camus, Freud, Marx, Kerala Politics, National politics and international politics. They argue vehemently on the merit of the recently published ‘Legend of Khasak’ (Khasakkinte Ithihasam) by O.V.Vijayan. Two boys strike at the carom board and two others sit in deep meditation on either side of a Chess board, contemplating the next move.

Fast forward. Time any time from 2000 to now. Location- an apartment or house or lodge or bar. Five men sit around with a few beer bottles and all other hot drinks that they could gather from the beverages shops. They discuss anything under sun without making any sense. Eat, drink and be merry is their motto. Politics, love, sex and literature come in between in their discussion but with no anchor. They do not know what they are doing or talking. Fights erupt, truce called, once again drinks are poured into glass till most of them black out. 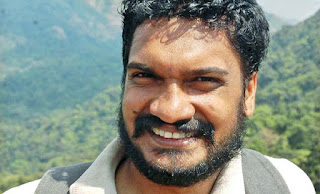 In the eyes of the Nobel laureate economist, Dr.Amartya Sen, Kerala tops both in education and health index. The fancy data tell that the living style and per capita income could match proportionately to the individual lives in the New York City. Malayalees are famous for their ability to speak in English, adopt new ways of life and for being intelligent and industrious. Yes, they have a ‘God’s own Country’ too to promote tourism. Young boys from the poor northern states migrate to this state and do all the jobs what once Malayalees used to do and they huge remittance back homes. In the meanwhile Malayalee do the same in the countries that they have migrated to. Rest of the Malayalee men who are left back in Kerala spend their time in political gossiping, in pornographic dreams, comedy movies and heavy boozing.

The tragic transition of the intellectual Malayalee or Intelligent Malayalee is almost complete for his vacant moments are spent in boozing. ‘Ozhivu Divasathe Kali’ (An Off Day Game), a Kerala State Award Winning movie for the year 2015, produced by Delhi’s Niv Art Movies and directed by the young filmmaker Sanal Kumar Sasidharan captures the tragedy of contemporary Malayalee society and its political and moral degeneration in no uncertain terms and interestingly by keeping the whole movie in the context of one single drinking session by five friends accompanied by a sixth side kick on an election day. They are there in an abandoned Inspection Bungalow near a river and their day’s agenda is just to drink and enjoy. 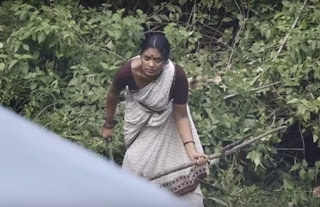 Politics, sexual desire, conquest of women by using force and a lot of aimless jabbering enliven their session and the moment the issue of caste and complexion of skin is brought out for discussion (which happens as an aberration) suddenly the scenario changes. When a story written by the noted short story writer Unni R with the same title is made into a movie both the banality and poignancy of the uprooted and unanchored life of a contemporary Malayalee unravels before us sending most of us into the zones of discomfort. On that day there is an Assembly by-election in one of the constituencies in Kerala. These friends, who are good householders and law abiding citizens otherwise, decide to celebrate that day. The very decision is a pointer to the collapse of the political discourse in a state that claims total literacy. The joke that does the rounds in Kerala is that all the drunkards are the most disciplined people because they stand in a queue before the beverage shops without creating any ruckus. The film however unveils the other side of the discipline; once they are in possession of the drinks, they turn the worst specimens of human beings in a beautiful way.

Geetha, a young woman in her late thirties come to cook chicken for them. Each person has an on her and each of them take turns to seduce her in his typical way only to meet a firewall that burns out their advances. She is a no-nonsense woman, yet she is a pray. Her ability to choose to work and resist the sexual advances of strangers commands appreciation and at the same time it shows how pathetically the ‘literate’ Malayalee slips into sexual predation once a couple of drinks are consumed. Geetha does not want to kill the live hen and the responsibility falls on Dasan, a dark and stout youth who often becomes the butt of their racial remarks. Dasan, finding no way to kill the live chicken finally decides to execute it by ‘hanging’. The scene evokes laughter amongst audience and the very laughter sets the tone of the later catharsis. 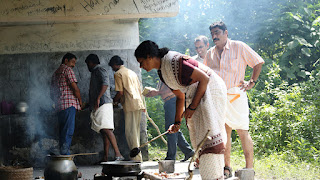 (A scene from the movie)

Popular Malayalam films, like the mainstream films made elsewhere in the world, have the tendency to strategically allocate caste and class identities to the heroes, heroines, villains and other characters. In a state like Kerala where religious demography is unsettlingly precarious with no religious denomination gets an upper hand in terms of demographic strength, the villainizing and trivializing of religious and castes are rotationally (and democratically too) done in the movies so that nobody’s sentiments are not easily hurt. In ‘An Off Day Game’ we have mostly a Hindu gathering with no substantial character from any other religion. The slow but steady and conscious self-exclusionary practice of the Hindu society is perhaps suggested but interestingly, the hierarchy with in the Hindu fold is subtly mentioned by the caste identities attributed to the main characters.

The equation is very precarious; on the one hand, the inclusion of a Namboothiri (Brahman) in the pack shows how Kerala has evolved caste-wise and is able to transcend the erstwhile caste exclusions within the Hindu fold. Dharman, who commands power amongst the friends as his money and muscle power, with his fair complexion stands out as an upper caste man. Vinayan and Prakash are understood to be from the middle castes (the OBCs in Kerala) while Dasan, by virtue of his name, physique and complexion is obviously from the lower caste. Dasan is made to do the menial jobs and we have to understand he is the only one amongst the friends who does not make any sexual move towards the similarly dark complexioned and tough Geetha. 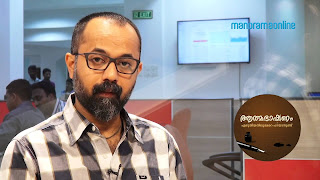 Egos fly while they drink. They try to talk politics and everything falls flat. Dharman’s effort to seduce Geetha is met with a violent retaliation from her. Vinayan’s views on seduction are logical and ‘democratic’ but Prakash believes in conquests via physical force. However, when Vinayan mentions Prakashan’s wife, who could also be a pray of such conquests of other men, Prakash loses his cool. The hypocrisy of the pack slowly unrolls and as expected it reaches to the level of someone making a direct reference to the ‘darkness’ of Dasan’s body. An emotional Dasan gets up and recites a poem in ‘English’. ‘When born I am black, When I grow up I am black, When I am sick I am black, When I die I am black. When you are born you are pink, when you grow up you are white, when you are sick you are blue, when you die you are brown, Yet you call me colored?’ This brings a deep silence and they all hang their heads in shame.  Dasan’s preference to English for reciting the poem should be noticed as it shows his educational reach which has not helped him transcend his caste identity.

To lighten up the scene, Prakash suggests a game. They make a lottery with names ‘King, Minister, Police and Robber’ and the one who gets ‘police’ should find the robber. If he points the wrong person, he could punish the police by caning. This is a four persons’ game but they are five. Hence, they introduce a Supreme Court judge and they unanimously select Namboothiri (Brahmin) as the Judge. The social selection is self-evidential in this choice. Prakash gets the lot of the police and he makes two mistakes. Each times he bribes the king who is hand in glove with the Judge. Finally Dasan turns out to be the one with the lot ‘robber’. Drunken with frivolity and hollowness (a la La Dolce Vita), they ask the Judge to declare the sentence and he does declare; Hang him until death. They hang him; the mock drama ends brutally. 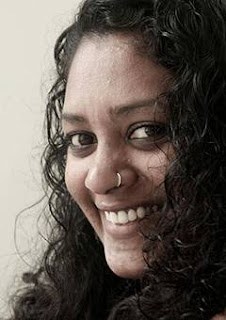 With a shudder the audience realizes that it was Dasan who hanged the chicken and in a cruel game he is now hanged by his own friends. In the height of merry making, the friends accuse Dasan of sedition and they bray for his death. They tie his hands, strip him and use the same cloth to hang him from the balcony as if it was so natural to deliver justice in that manner. When the film was made India was not boiling with the issue of sedition. An Off Day Game becomes prophetic in many ways as less than six months after its release Rohit Vemula committed suicide by hanging and it is dubbed as a murder by an unkind state. Kanaiah Kumar became a traitor because he was ‘dark, short, backward and a communist’. The film is a political satire and at the same time, a real time documentation of the most degenerating society in India, Malayalee society. Perhaps, this film should be seen by each Malayalee with his or her family and hang their heads in shame. The victory of art can be proved only by such shaming, at times.

Thank you very much for this in depth reading of the film.

A brave, brilliant film from Sanal.
What we see in the film is different layers of degeneration in one of the most celebrated civil societies of India. This film is a mirror..