The Edginess of Faith: When Prabuddha and Dalrymple Meet 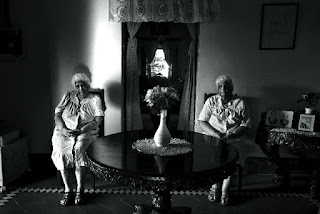 (From Prabuddha Dasgupta's Edge of Faith)


Alfonso de Albuquerque was a stumbling block somewhere in the high school history text books. The name stood out, sounding and tasting different, giving us a hard time in learning the spelling. Very few got it right. He was the one who established the Portuguese ‘empire’ in the Indian subcontinent, exactly in Goa. William Dalrymple, in his introduction to the photo book titled ‘Edge of Faith’ by the late photographer, Prabuddha Dasgupta, in his characteristic style explains how the Portuguese loosened their clutches from being the grand inquisitors who burnt the heathens at the stake for following their pagan beliefs and for not following the new Catholicism that they were trying to impose on the natives. Looking at the portraits of the Portuguese rulers from 1510 to 1961, Dalrymple says that from the booted giants, they moved to frilled dandies, letting people to enjoy life in their new found Catholicism.

In 1961, the Indian Government sent its Army, Air Force and Navy to ‘liberate’ Goa from the rule of the Portuguese. And the combined forces could liberate Goa easily for there was little resistance. Like in 1947 when the British left India, the citizens of the Empire had the freedom to migrate to Britain but a few left thinking that Queen Victoria was their real Queen. Those who believed in the freed ‘Bharat Mata’ stayed back building a new India. Exactly the same way, in 1961 too, the Goans had the freedom to migrate to Portugal and interestingly many Catholic did. And for many others it was difficult to leave their beloved Goa and they looked at India as a foreign land and in 1961 the invasion was complete. The Catholic minority has been taken over by the Hindu majority, which of late has been turning into extreme right wingers. The Catholics with Portuguese lineage still believe that the liberation that India performed was just the ‘liberation’ from ‘peace and harmony.’ ‘Indian’ politicians and the majority Hindu arrogance have changed the complexion of Goa.

Prabuddha Dasgupta’s ‘Edge of Faith’ is a very brooding Goan picture book. Published in 2009 by the Seagull Books, Kolkata, ‘Edge of Faith’ cannot be called a typical Goan photo book. There are no sunny beaches, sands, waves, bikinis and naked bodies. There are no pot smoking hippies or tattooed freaks. There are not even the typical Goan musicians both the underground and the over ground varieties, and the theatre actors of stereotypical characters called ‘Tiatriste’ as caricatured extensively by late Mario Miranda and photographed by Alex Fernandes.  There are no beer bottles nor are there some beer bellies. Yes, Prabuddha had taken some series on the accidental formations on Goan beaches as well as the supermodels posing with expensive ornaments, the former for his personal perusal and the latter for advertising campaigns. However, Prabuddha had always been an artist who looked out for something left out or left alone. Be it the photographs from Tibet or from Karnataka’s historical site Hampi, or even his celebrated series on Women, one could see this affinity for lone figures who are left to their own devices.

Loneliness in Prabuddha’s photographs does not translate itself into depravity or hopelessness. Loneliness is a protected state of being or even a method adopted by many for self-preservation. In Goa, while the celebrations are on 365 days in a year, what Prabuddha looked for were the lives of those lonely people or historically selected people who were destined to be lonely in their pursuits. He immortalized them in his pictures, as none had done ever before; even when Prabuddha was looking for frozen narratives, he was trying his best to avoid the human presence. What is present in his works always evokes what is absent there and vice versa. If there are some people who are deeply caught in the web of the past or history for academic sake, we definitely look for something that is left out by them. May be one beer mug held by an old female tavern owner speaks a lot about her life rather than the freckles and the wrinkles on her face would say. The abandoned houses, like the haunted ones that we see elsewhere, always come into the ken of Prabuddha, so are the covered scooters, rusting Fiat cars or discarded memorabilia. Each time we see such negligence by time, we remember those people who are still living the memories of a Portuguese rule. 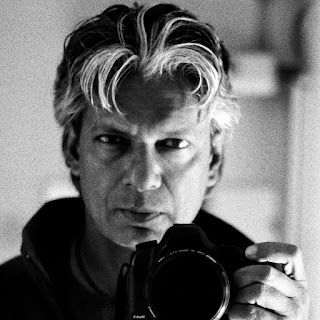 Modern Goa has a cusp history, as Dalrymple narrates through several of the interviews that he has woven dexterously into an airy fabric that looks so exotically readable. The Portuguese who came and conquered Goa, after a series of proselytization efforts interestingly got converted into Indian ways. Similarly the Hindus who got converted into Catholicism forcefully let their former Hindu roots and rituals to flourish within the newly found faith. Despite the chidings of the priests, most of the new converts continued with their Hindu beliefs and also maintained their relationships with the non-converted family members which have been continuing ever since. Even in the famous Hindu temples in Goa, the converted Christians make offerings and come to pray, even involve in pagan rituals like ‘Evil-Eye’ dispelling. In the meanwhile the Hindus go en masse to the St Francis Xavier’s Church to pray as the Goan population in general believes in the power of Francis Xavier; they have forgotten the days of inquisition. One of the contemporary Catholic Goans says ironically that the Portuguese Goans who live in Goa today have turned a bit fundamentalists in their efforts keep themselves exclusive. She says that while the buses owned by Hindus flaunt the pictures of Francis Xavier and St. Anne in their dashboards along with the pictures of the Hindu deities, none of the Christian bus owners return the grace by accommodating a couple of Hindu gods in their dashboards. 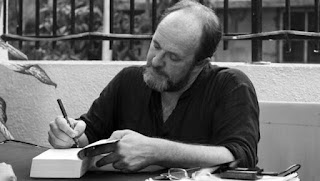 It was not just the Hindus got converted into Christian Catholicism by force or by choice, but the Portuguese people also volunteered to convert themselves into Islam or some of them followed Hindu religion as a philosophy. Those got converted to Islam were doing it for making some extra wealth. They migrated from Goa to the neighboring empires where the Islam Kings ruled. By becoming ministers, advisors, traders, fighters and even by becoming mercenaries the Portuguese survived in different ways in India. Some of them even adopted the Hindu ways of highlighting the women’s modesty, keeping harems, slaves and servants and so on. They even wore the kinds of clothes that the Hindus used to wear inside their homes. But what Prabuddha looked at was not these scenes. But he was looking at the small niches of staunch faith where the Catholics lived as Catholics and perhaps lived in memories. Prabuddha also looked at those talented Goans who could integrate with the mainstream society of India in the post liberation years and become a part of the Indian ethos. The bedroom of Wendell Rodrick, the ace fashion designer is one fine example to it. There are so many small little mantle pieces where personal adulation and commemoration get mixed up with the vignettes of religious remembrance.

Prabuddha himself was an exile in Goa. He spent his last years in Goa with his young girl friend. Goa and its old setting somehow had charmed him into a romantic world where the horse driven carriages rattled over the cobbled stone paths, where lanterns threw the lights of earthy stars, where the taverns entertained the revelers and where the pious people focused at the crucified Christ from the ancient pews. Prabuddha loved to live in this world of faith. It was brittle though, the last ditch effort to hold on to the very idea of faith was so alluring to the artist that he never left Goa once he reached there. He knew the subtlety and the brittleness of faith both in religion and relationship. While pain increased the passion for religion perhaps in the case of relationships pain distanced people. Prabuddha held on not only at his camera but also at his faith in humanity. He sung the lines of Leonard Cohen and moved on, until the stroke struck rudely at the age of 56. Today, the writer Dalrymple has turned a photographer. When I look at his works, what I see is the embrace of Prabuddha’s soul on them. I feel that it is Prabuddha who writes the forward for Dalrymples photography exhibition, from a world where the Portuguese and the Indians laugh alike in an exotic Tavern in absolute bliss looking at the rusting crosses and tridents inside vitrine full of tears.
Posted by JohnyML at 2:27 PM