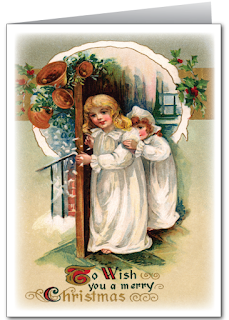 There are a few things in our world whose beauty and tenderness increase as they become cheaper and simpler. Human beings are the foremost examples of this view though many of them do not really believe so. Look at the vintage furniture; they are beautiful, tender because they are simpler. But unfortunately, anything that becomes a vintage item automatically becomes costlier. In my view there are a few things that are still elegant of which I will count an ordinary cycle, clay pots for cooking, an ordinary sewing machine, good old glass bottles and so on as simpler, cheaper therefore beautiful and tender. But I am not going to talk about these things. Instead, I would tell something that has gone out of fashion along with snail mail and STD telephone booths. Its name is a ‘greeting card’.

Greeting cards used to become an important item in the wish list of the school and college going students during the month of December. Christmas and the New Year Eve fall in this month and is an occasion to have a few holidays for most of the students as well as working people. Greeting cards also used to play a major role during the wedding anniversaries, birthdays and also during the Valentine Day celebrations. Before the advent of internet and now the social media and communicating apps there used to be a time when people exchanged greeting cards when they wanted to share a feeling or a message. During the wedding anniversaries and birthdays, people opted to buy very decorative and expensive cards. Valentine’s Day necessitated a bit more fancy cards because it was one of the mediums through which people made their love visible and it had to be tender, fanciful and expensive. 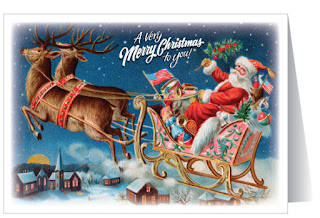 In our days in schools and colleges, we used to hunt for the cheapest and the simplest looking cards which expressed the same sentiments (so brittle, poetic and over sentimental) that we carried. We were not married so the wedding anniversary cards were not really looked at. To say the truth we did not have anybody to give a wedding card except for our parents who usually were not in the right mood to celebrate their own wedding anniversary. (When I look at those photographs of parents posted by the facebook members remembering their wedding anniversaries, I have this funny feeling to ask them whether they themselves ever remembered their wedding anniversary. Now people scramble through their old chests to find worth posting in the Facebook). Hence, our need for greetings cards arose only when December came.

T.S.Eliot said, ‘April is the cruelest of months’ as the opening line of his magnum opus, Waste Land. We, students liked it for its prophetic nature because most of the exams fell in the month of April. We attributed the month of December also to T.S.Eliot because in December, most of us for the first time felt the pangs of love and a prolonged separation from our love interest due to the impending holidays. Greeting cards were the only way to send across this feeling of pining for the beloved who in most of the cases remain oblivious of your hidden messages and untold love even after getting those cards with overtly sentimental poems and pictures. Anyway, December provided us with a chance to look at something beautiful pictorially and tender poetically. 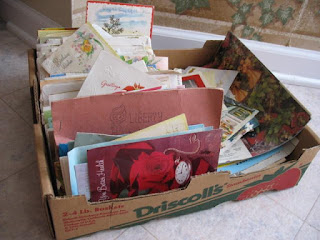 With all our innocence we felt that the simplest cards conveyed the best emotions, directly, strongly and irrevocably. Those were pre-globalized days. Simplicity was the norm and people liked someone simple and straight forward. If someone wore fashionable clothes we called him or her pompous and vain. This social perception might have affected our aesthetics too. We shunned all kinds of decorated greeting cards. Simple and beautiful were our mantra. Simplicity was defined not only by the cost of it but also by the size of it. Cheaper greeting cards were five or six inches big and the standard size of it assured lesser postal charges. Ah..I forgot to tell you that even if the addressee is a classmate you always took the help of the Indian Postal Service. It should be posted. And you know, if you paste the envelope the stamp charges would be more. When you leave it open it is called ‘book post’. When you send a greeting card to an ordinary friend, you send it as book post. If the contains the dreams of your nights and the poems of your deformed imaginations, then you might skip a few cups evening tea or even starve for a day to save enough money to buy enough stamps to send the cover sealed.

It is absolutely a bliss to shop for the cheap and ‘meaningful’ greeting cards. Generally you don’t tell your friends that you are going to shop for greeting cards and eventually you may meet most of your classmates looking for the same kind of cards in the same shop though all of you know that you are going to get those very same cards from those friends. It becomes a sort of cherry picking for fun. You could really exchange it there itself but you have to go through all those rituals of adding a few extra lines oozing with immature love and also you feel the need to add the sighs, the tear drops (a few lines will be deliberately smudged with carefully plopped water drops). Often the pictures are either of a scenery, a landscape, a shepherd is a must, a flock sheep, a very cute girl child in her polka dotted frock sitting under a tree, a pair of foreign kids holding hands and walking into the sun, a pair of parrots locking beaks, silhouettes of a couple on a seashore etc. Each image is a volume condensed into that particular picture. When you don’t have anything to say to anyone but obliged to send a greeting card, you look for the normal nativity scene or Santa with a smile or a Happy New Year with some bells. 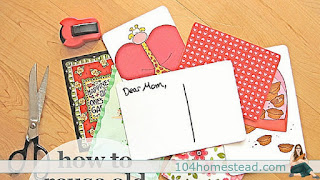 But the real ones are handmade and self-made!! Romantic, sentimental and slightly inclined to art and craft, these kind of people start collecting twigs, feathers, dry leaves, egg shells, buttons and anything that could go into a dust bin for almost a couple of weeks before the holidays begin. Then they start making it. The intensity here is not in the message but as Marshal McLuhan had said, the medium itself is the message. The passion and the pangs, love and the hidden meaning all should be read out from that handcrafted masterpiece masquerading as a greeting card. There will a few lines from Keats or Shelly or depending on the intelligence quotient of the maker and receiver there will be adequate sprinkling of Shakespeare, Bacon and Goethe (depending on the text books that you have finished so far). These collages contained a lot of glue apart from the passion of the maker. And do not take any of these greeting cards lightly. They all go into the drawers or diaries of these people only to be found out much later in life to have some moments of private embarrassment.  Cheap they really were but they were so meaningful. Today E-cards and GIFs (I still do not know what it means), videos and flash programs have replaced the good old greeting cards. I wish those cheap cards come back again to our lives.